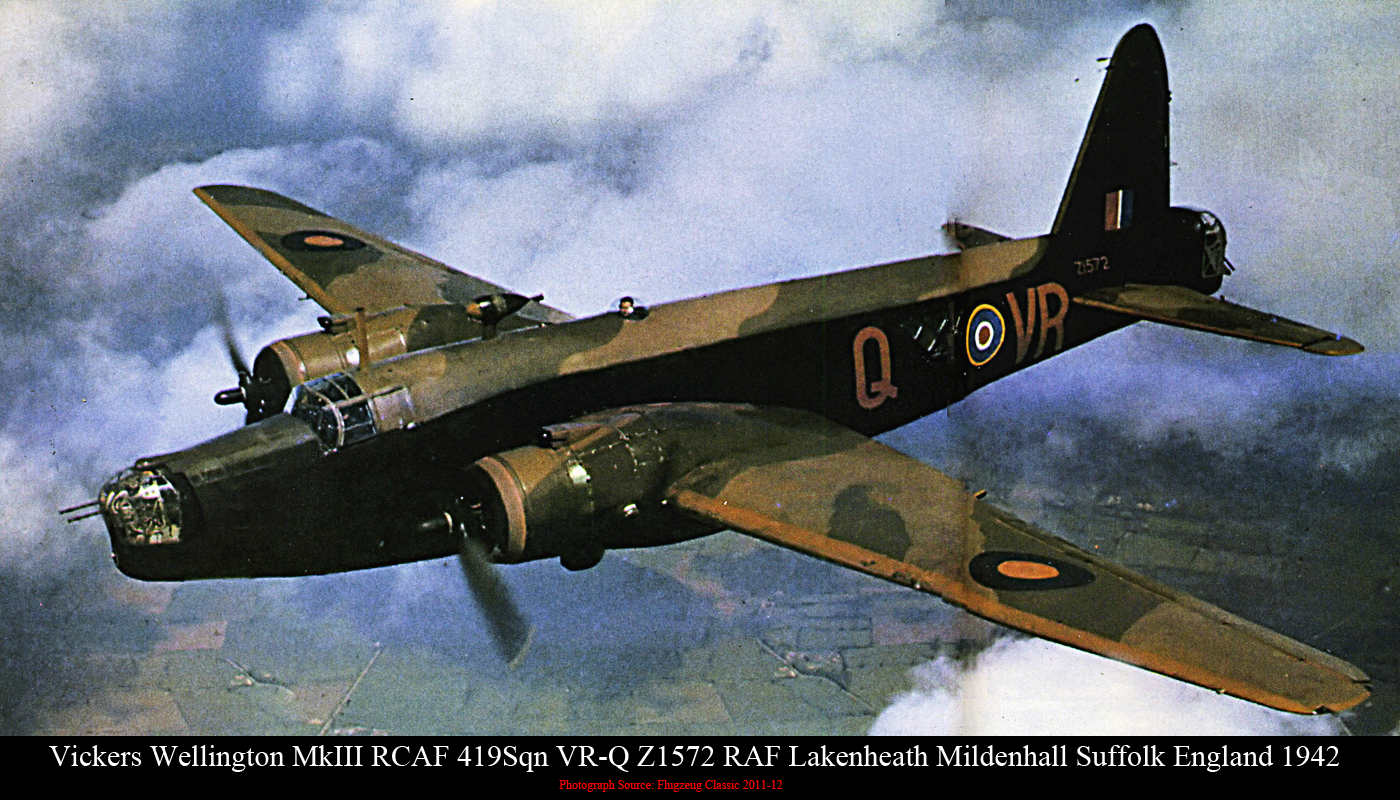 The Vickers Wellington was a British twin-engine, long range medium bomber designed in the mid-1930s at Brooklands in Weybridge, Surrey, by Vickers-Armstrongs' Chief Designer, R. K. Pierson. It was widely used as a night bomber in the early years of the Second World War, before being displaced as a bomber by the larger four-engine "heavies" such as the Avro Lancaster. The Wellington continued to serve throughout the war in other duties, particularly as an anti-submarine aircraft. It was the only British bomber to be produced for the entire duration of the war. The Wellington was popularly known as the Wimpy by service personnel, after J. Wellington Wimpy from the Popeye cartoons and a Wellington "B for Bertie" had a starring role in the 1942 Oscar-nominated Powell and Pressburger film One of Our Aircraft Is Missing. The Wellington was one of two bombers named after Arthur Wellesley, 1st Duke of Wellington, the other being the Vickers Wellesley.

This webpage was updated 12th April 2022