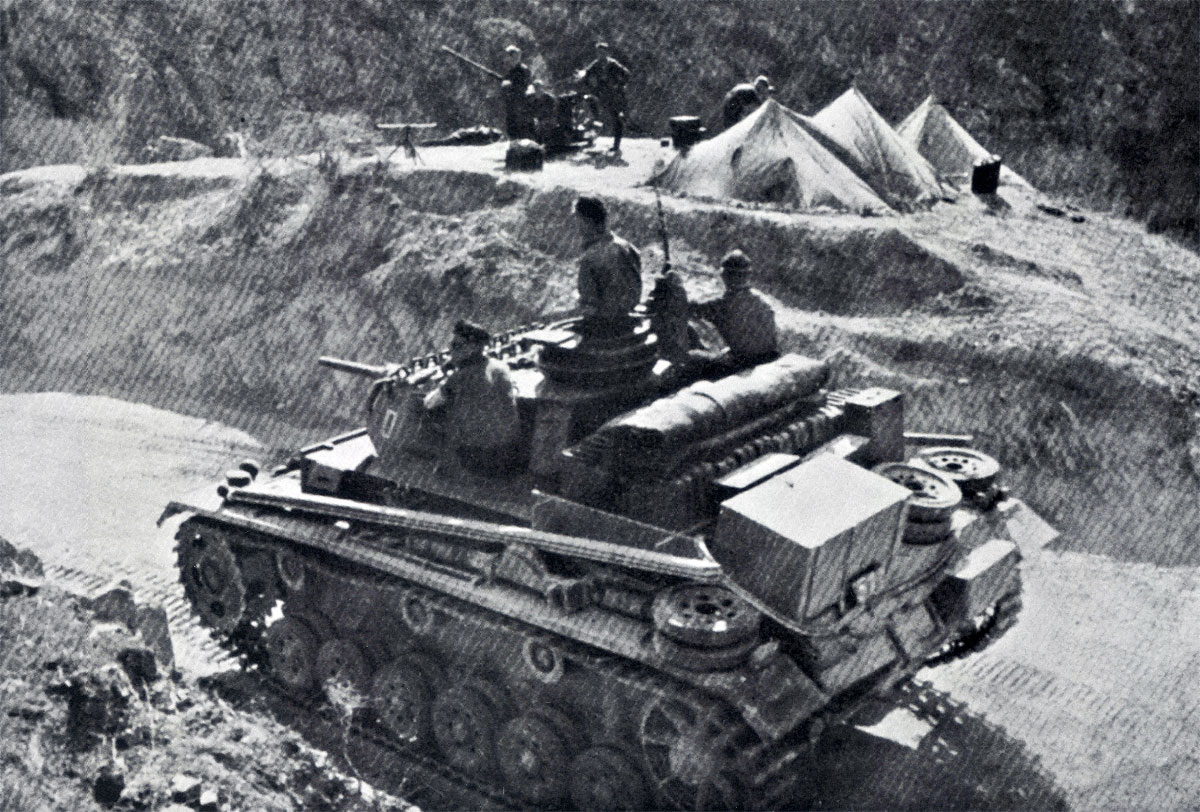 The Battle of Greece (also known as Operation Marita, German: Unternehmen Marita) was a World War II battle that occurred on the Greek mainland and in southern Albania. The battle was fought between the Allied (Greece and the British Commonwealth) and Axis (Nazi Germany, Fascist Italy and Bulgaria) forces. With the Battle of Crete and several naval actions, the Battle of Greece is considered part of the wider Aegean component of the Balkans Campaign of World War II.

The Battle of Greece is generally regarded as a continuation of the Greco-Italian War, which began when Italian troops invaded Greece on October 28, 1940. Within weeks the Italians were driven from Greece and Greek forces pushed on to occupy much of southern Albania. In March 1941, a major Italian counterattack failed, and Germany was forced to come to the aid of its ally. Operation Marita began on April 6, 1941, with German troops invading Greece through Bulgaria in an effort to secure its southern flank. The combined Greek and British forces fought back with great tenacity, but were vastly outnumbered and outgunned, and finally collapsed. Athens fell on April 27. However, the British Commonwealth managed to evacuate about 50,000 troops. The Greek campaign ended in a quick and complete German victory with the fall of Kalamata in the Peloponnese; it was over within twenty-four days. Nevertheless, both German and Allied officials have expressed their admiration for the strong resistance of the Greek soldiers.

Some historians regard the German campaign in Greece as decisive in determining the course of World War II, maintaining that it fatally delayed the Axis invasion of the Soviet Union. Others hold that the campaign had no influence on the launching of Operation Barbarossa, and characterize British intervention in Greece as a hopeless undertaking, a "political and sentimental decision" or even a "definite strategic blunder."

This webpage was updated 4th October 2022