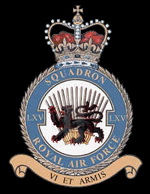 Spitfire Mk Ia K9906 flown by Flt Lt R S Tuck of No 65 Sqn, Hornchurch, August 1939.
This aircraft served later with No 64 Sqn during the Battle of Britain before being withdrwan from active service to No 7 OTU. It became one of the Mk Is converted to PR III photoreconnaissance aircraft and was delivered to No 1 PR unit at RAF Benson. Tuck became the first Spitfire-ace achieving his fourth and fifth victories, both Do 17's, over Dunkirk on 24 May 1940.

Spitfire MkIa RAF 65Sqn 'East India' YT-O K9912 P/O Kenneth Hart damaged by Bf 109E after combat and force landed Dunkirk 26th May 1940. The Kenneth Hart destroyed the aircraft as best he could and managed to evade capture and returned to England during the Dunkirk evacuation.

REASON FOR LOSS: Circus 3. Shot down by ME109 near St. Omer. One of 9 aircraft lost on Circus 3, 4 Spitfires and 5 Hurricanes with the loss of 6 pilots KIA.

Wing Commander Roland Robert Stanford Tuck DSO, DFC & Two Bars, AFC (1 July 1916 – 5 May 1987) was a British fighter pilot and test pilot. Tuck joined the RAF in 1935. Tuck first engaged in combat during the Battle of France, over Dunkirk, claiming his first victories. In September 1940 he was promoted to Squadron Leader and commanded a Hawker Hurricane squadron. In 1941 - 1942, Tuck participated in fighter sweeps over northern France. On 28 February 1942, Tuck was hit by anti-aircraft fire and forced landed in France and was taken prisoner. At the time of his capture Tuck had claimed 27 enemy aircraft destroyed, two shared destroyed, six probably destroyed, six damaged and one shared damaged.

Early years
Tuck was born of Jewish parents at Catford, SE London. After a less-than-stellar school career he left St Dunstan's College, Catford in 1932 to join the Merchant Navy as a sea cadet before joining the RAF on a short service commission in 1935. Following flying training, Tuck joined 65 Squadron in September 1935 and remained with them until May 1940 when he was posted to 92 Squadron, based at Croydon, as a Flight Commander flying Spitfires.

Battle of France
Tuck led his first combat patrol on 23 May 1940, over Dunkirk, claiming three German fighters shot down. The following day he shot down two German bombers and as aerial fighting intensified over the next two weeks his score rapidly mounted. Tuck was awarded the Distinguished Flying Cross (DFC) on June 11 and received it from King George VI at RAF Hornchurch on June 28.

Battle of Britain
His combat successes continued into July and August as the Battle of Britain gathered pace, although he himself was forced to bail out on 18 August. While attacking a formation of Junkers Ju-88s over Kent he shot one down and damaged another. However, during the exchange his Spitfire was hit by return fire and he bailed out near Tunbridge Wells. In another incident on 25 August Tuck's Spitfire was badly damaged during combat with a Dornier Do 17 bomber, which he destroyed, 15 miles off the coast. His aircraft had a dead engine but he glided it back to dry land to make a forced landing.

On 11 September, during the height of the Battle of Britain, Tuck was promoted to Squadron Leader and posted to command the Hawker Hurricane-equipped No. 257 Squadron RAF based at RAF Coltishall. He led his squadron into combat through September and continued to claim further victories. His last two official victories of the Battle were on 28 October, where he claimed two “probable” Bf 109s. He received a Bar to his DFC on 25 October, and the Distinguished Service Order (DSO) in January 1941. In March 1941, he was awarded a second Bar to his DFC, and in June he survived being shot down over the English Channel, being rescued by a Gravesend coal barge. Tuck claimed a total of seven destroyed, four probables and two damaged on the Hawker Hurricane.

He had an extraordinary piece of ill-fortune when he intercepted a German bomber heading towards Cardiff. He fired at extreme range in poor light, causing it to jettison its bombs in open countryside instead of on the city. The last of its stick of bombs caught one corner of an army training camp and killed one soldier. The soldier was the husband of Tuck's sister.

In July, 1941, Tuck was promoted to Wing Commander and appointed Wing Leader at RAF Duxford where he led fighter sweeps into northern France. After a brief trip to America with several other RAF Fighter Command pilots to raise awareness of Britain's war effort, he returned to a posting at RAF Biggin Hill as Wing Leader. It was while flying from Biggin Hill Tuck’s last aerial combat of the war occurred. On 28 January 1942, while on a low-level fighter sweep 'Rhubarb' mission over northern France, his Spitfire was hit by enemy ground-based flak near Boulogne and he was forced to crash land.

Prisoner of War
Captured by the very German troops he had been firing upon as his aircraft was hit, Tuck then spent the next couple of years in Stalag Luft III at Żagań (Sagan), before making a number of unsuccessful escape attempts from several other prisoner of war camps across Germany and Poland. In company with a Polish pilot, he finally escaped successfully on 1 February 1945 as his camp was being evacuated westwards from Russian forces advancing into Germany. Tuck's Russian, learned from his childhood nanny, was now crucial as he spent some time fighting alongside the Russian troops until he managed eventually to find his way to the British Embassy in Moscow. He eventually boarded a ship from Russia to Southampton, England.

With the war now over, he received his final decoration, a Distinguished Flying Cross from the United States Air Force on 14 June 1946, before he finally retired from the RAF and active service on 13 May 1949 as a Wing Commander. His final accredited aerial kills numbered 27 and two shared destroyed, one and 1 shared unconfirmed destroyed, six probables and six and one shared damaged.
Later life

Following retirement Tuck continued flying as a test pilot, including working on the RAF's long-serving English Electric Canberra, before he found peace and contentment on his mushroom farm in Kent, choosing to shun the publicity enjoyed by some of his better known Battle of Britain comrades.

Tuck also worked as a technical adviser to the film Battle of Britain (1969) and eventually developed a close friendship with the German fighter pilot Adolf Galland.
Robert Stanford Tuck died on 5 May 1987 at the age of 70.
Memorials

On 9 May 2008, a plaque was unveiled in Tuck's memory at the Parish Church of St Clement, Sandwich, Kent.