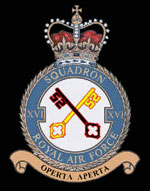 Built Aldermaston 1944. To 9 MU October 9. To 16 Sqn. it was ferried to Melsbroek airfield, near Brussells, the operational base of 34 Wing. The identifying code letter, R-Robert, was added as an 18inch high capital letter in white on both sides of the fuselage. During the winter of 1944-45 the aircraft was used to take photographs of enemy territory for bomb damage assessment. After service with 16 Sqn. it was placed in storage then sold to Royal Netherlands Air Force School of Technical Training, Deelen, July 1947. It was kept in running order but was only used in a non-flying capacity until 1952, when it was retired. Moved to Dutch National War Museum, Overloon, November 1960. It was put on outdoor static display with no protection, having been painted several times with dubious markings it lost all original identity. However during a detailed examination in April 1972 Harry van de Meer found its original RAF serial on the engine firewall. Harry carried out a lot of work including repainting it PR blue. The museum still displayed it in the open where it continued to suffer corrosion.

In May 1975 FL.Lt. Len Woodgate at RAF Bruggen led a project to carry out an extensive restoration which included restoring the engine to near running order and applying an all-over high gloss paint finish in PRU blue plus invasion stripes. But within a few years its condition began to deteriorate again. In the mid-1980’s the museum agreed an exchange deal with Nick Grace and swapped it for Mk.XIV NH649 in March 1987. On March 17 it was unloaded at Rochester for restoration. Nick lost his life in a car crash in October 1988.

The project was sold to Chris Horsley and MAPS was asked to complete the restoration, nearly four years later on December 23, 1992 PL965 was taken for a short test hop at Rochester in the hands of Mark Hanna R.I.P. It was the first time it had flown in 45 years and was a great tribute to the MAPS members. MAPS finished the aircraft in the colours of the US 8th Air Force, 14th Photographic Reconnaisance Sqn.. of the 7th Reconnaisance Group and appeared in these colours in 1993. Initially the OFMC retained the USAAF colours but then was camouflaged to represent a Mk.IX and D-Day invasion stripes were added for the 1994 D-Day celebrations. It took part in the D-Day Anniversary airshow at North Weald on May 15th.

On July 3rd 1994, PL965 took part in the airshow at the Baldersnas mansion in Dalsland. The previous day it had flown from France to Karlstad airport as the grass field at the mansion was to small for PL965 to land.

The airshow was in memory of the Swedish aviator Albin Ahrenberg who lived at the mansion for several years, the pilot of PL965 was John Romain.

In 1995 this was replaced by the exact PR blue scheme the aircraft would have worn when delivered to 16 Sqn. in October 1944 with the fuselage code R-Robert. The Spitfire was also used in the 1995 BBC TV movie ‘Over Here’ with the fictitious codes WO-F.

Sold to the Real Aeroplane Co. in March 1997, PL965 appeared at Biggin Hill show on June 14/15 ‘97 in temporary US 8th Air Force photo reconnaissance markings then changed back to normal RAF PR. colour scheme. On 3rd May 1998, at the Duxford Spitfire Air Show, PL965 was in the flypast of the formation 16 Spitfires, it formed Green Section with MH434, PV202 and TE184. This was the biggest since WWII.

On August 2nd ‘98 PL965 ran off the end of the runway at Woodchurch in Kent and in to a ditch, suffering ‘dinged’ propeller blades. It was not expected to be out of action for very long.

On March 13th, 2000 PL965 was rolled out in photo-reconnaissance pink colour scheme and D-Day stripes, the colours represent a FR.IX based at Bayeux, France with 16 Sqn. in September 1944, it retains ‘R’ on the fuselage and will be flown at Air Shows during the year by ‘TAFF’ Smith. PL965 displayed with Hurricane XII BE417/G-HURR as the ‘Pink and Black’ duo at Old Warden on May 7. PL965 took part in the Museum of Flights, Festival of Flight Airshow on 15/16 July 2000 at East Fortune in Scotland, it also took part in the 60th Anniversary Battle of Britain Airshow on 9/10 September 2000 at Duxford with 21 Spitfires and 3 Hurricanes it flew both days, flown by Charlie Brown.

PL965 left its East Yorkshire home on September 7, 2001 for Florida, U.S.A. ownership will not change and it will retain its pink colour scheme, it is the only Mk.XI in flying condition. It will be transported across the AtIantic by ship and will be performing at airshows whilst in the U.S.A. It is expected to return to the UK in due course. It is now based at the Leeward Air Ranch in Ocala, Florida. The first display in the U.S.A. was at Stuart, on the East coast of Florida on November 3, 2001. The highlight of its display itinerary will be at the Experimental Aircraft Associations 2002 show at Oshkosh in July, it is now registered in the USA as N965RF.

PL965 having spent three years in the U.S.A. arrived back at Breighton , Yorks. on June 19, 2004. Having lost its pink finish it is now in the PRU blue scheme it wore while operating with 16 Sqn. from January to September in 1945, it has also been given ‘invasion stripes’, it’s first appearance will be at Duxford’s ‘Flying Legends’ Airshow on July 10th and 11th. At ‘Flying Legends’ it was one of 13 Spitfires taking part in the display. The Classic Aircraft fly-in at Breighton, Yorkshire was held on July 24/25 with PL965 and the Real Aeroplane Company celebrating 15 years at Breighton. On August 1, at the Woodchurch Wings and Things 2004 Airshow PL965 took part with the Real Aeroplane Company’s Hurricane.

The Chailey 2004 Airshow on the weekend of August 7/8 at Bower Farm the former RAF Advanced Landing Ground in Sussex had Four Spitfires taking part, PL965 flown by Tony “Taff “ Smith, the O.F.M.Co.’s Mk.IX MH434, H.A.C’s Mk.V BM597 and Carolyn Grace’s Mk.Tr.9 ML407, Chailey was home to the Spitfires of 131 (Polish) Wing over the D-Day period. PL965’s next display was at Sherburn-in-Elmet in Yorkshire on August 22nd.

PL965 has been sold to North Weald based Peter Teichman by the Real Aeroplane Company and moved to North Weald, Essex on September 8th 2004 flown by Lee Proudfoot, it is still wearing its light blue livery with invasion stripes. On the 10th September 2005, PL965 was one of Twelve Spitfires at Duxford for the 65th Anniversary Battle of Britain Airshow.