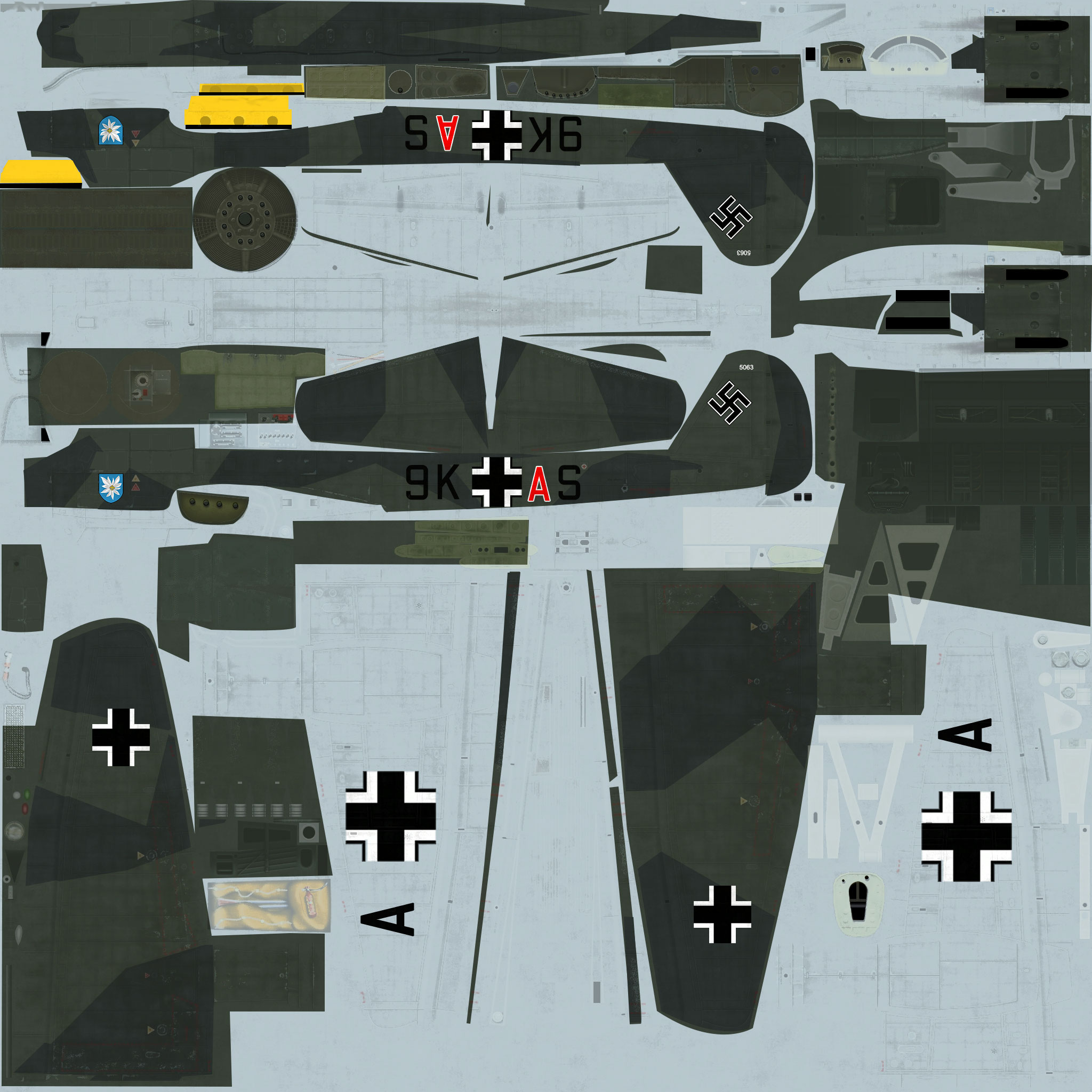 Certainly the most versatile German warplane of World War II, the Junkers Ju 88 in progressively improved versions continued in production throughout the war. It was originated to meet a requirement for a three-seat high-speed bomber and the first prototype, powered by two 746kW Daimler-Benz DB 600Aa engines, made its initial flight on 21 December 1936. Further prototypes followed, the third with 746kW Junkers Jumo engines and this, during evaluation, attained a speed of 520km/h. Such high performance encouraged record-breaking attempts, and in March 1939 the fifth prototype set a 1,000km closed-circuit record of 517km/h carrying a 2000kg payload. A total of 10 prototypes was completed, and the first of the pre-production Ju 88A-0 bombers flew in early 1939, the initial Ju 88A-1 production version entering service in September 1939.

Early operational deployment showed that despite good performance and a worthwhile bombload, defensive armament was totally inadequate, leading to the Ju 88A-4 with increased span wings, structural strengthening to carry greater loads and gunpower increased substantially. This formed the basis for further diverse development of the type, ultimately in so many versions that a detailed listing of them is not possible: for example, the Ju 88A series extended over Ju 88A-1 to Ju 88A-17 sub-variants. While the Ju 88A was in production an improved Ju 88B was planned, with a more extensively glazed nose and power provided by two 1193kW B.M.W. 801MA radials, but flight testing showed only marginal performance improvement and only 10 pre-production Ju 88B-0 aircraft were built.

The Ju 88 was almost as fast as contemporary fighters, and such performance coupled with excellent manoeuvrability brought development of the Ju 88C series. The planned Ju 88C-1 with B.M.W. 801 MA engines was abandoned because the new Focke-Wulf Fw-190 fighter had priority for this powerplant. As a result the first production version was the Ju 88C-2, this being the Ju 88A-1 converted on the production line to have a solid nose mounting three 7.92mm MG 17 machine-guns and a 20mm MG FF cannon. Defensive armament comprised two additional 7.92mm MG 15 machine-guns. The Ju 88C-4 was a heavy fighter/reconnaissance model, the Ju 88C-5 an improved heavy fighter, the Ju 88C-6a an improved Ju 88C-5, the Ju 88C-6b and Ju 88C-6c night-fighters, the Ju 88C-7a and Ju 88-C7b intruders, and the Ju 88-C7c, a heavy fighter. Alphabetically out of sequence were the Ju 88R-1 and Ju 88R-2 night-fighters, which were developed and powered by B.M.W. 801 MA engines when the supply position of this powerplant eased.