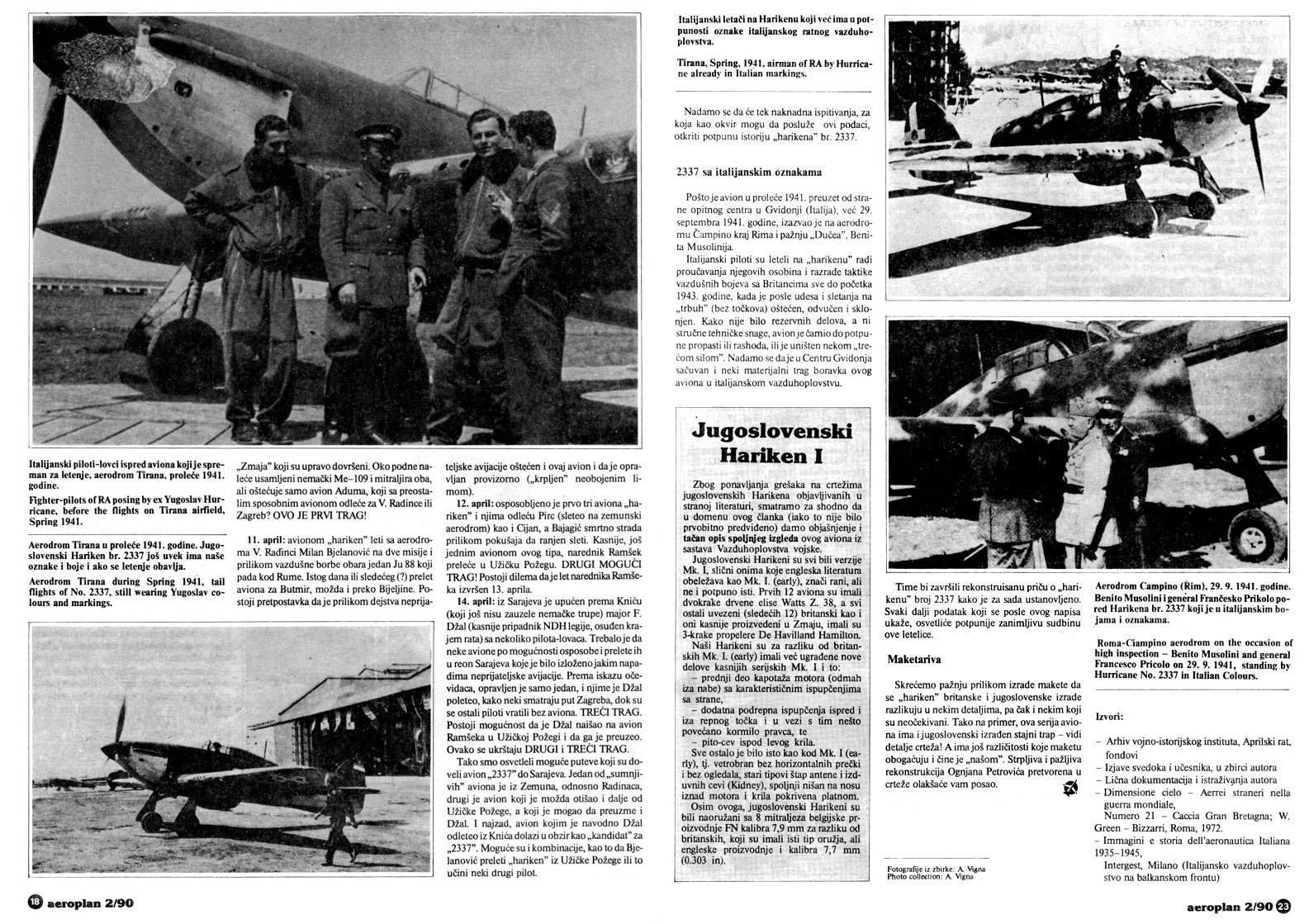 The Hawker Hurricane is a British single-seat fighter aircraft that was designed and predominantly built by Hawker Aircraft Ltd for the Royal Air Force (RAF). Although largely overshadowed by the Supermarine Spitfire, the aircraft became renowned during the Battle of Britain, accounting for 60% of the RAF's air victories in the battle, and served in all the major theatres of the Second World War.

The 1930s design evolved through several versions and adaptations, resulting in a series of aircraft which acted as interceptor-fighters, fighter-bombers (also called 'Hurribombers'), and ground support aircraft. Further versions known as the Sea Hurricane had modifications which enabled operation from ships. Some were converted as catapult-launched convoy escorts, known as 'Hurricats'. More than 14,000 Hurricanes were built by the end of 1944 (including about 1,200 converted to Sea Hurricanes and some 1,400 built in Canada by the Canada Car and Foundry).

The first fifty Hurricanes had reached squadrons by the middle of 1938. At that time, production was slightly greater than the RAF's capacity to introduce the new aircraft and the government gave Hawkers the clearance to sell the excess to nations likely to oppose German expansion. As a result, there were some modest sales to other countries. Production was then increased with a plan to create a reserve of aircraft as well as re-equip existing squadrons and newly formed ones such as those of the Auxiliary Air Force. Expansion scheme E include a target of 500 fighters of all types by the start of 1938. By the time of the Munich Crisis there were only two fully operational squadrons of the planned twelve with Hurricanes. By the time of the German invasion of Poland there were 18 operational Hurricane squadrons and three more converting.

After his first flight in October 1939, Beamont subsequently flew operationally with 87 Squadron, claiming three enemy aircraft during the French campaign, and delivered great praise of his aircraft's performance:'Throughout the bad days of 1940, 87 Sqn had maintained a proficient formation aerobatic team, the precise flying controls and responsive engines permitting precision formation through loops, barrel rolls, 1g semi-stall turns and rolls off half-loops...My Hurricane was never hit in the Battles of France and Britain, and in over 700 hr on type I never experienced an engine failure."

This webpage was updated 9th Feb 2019