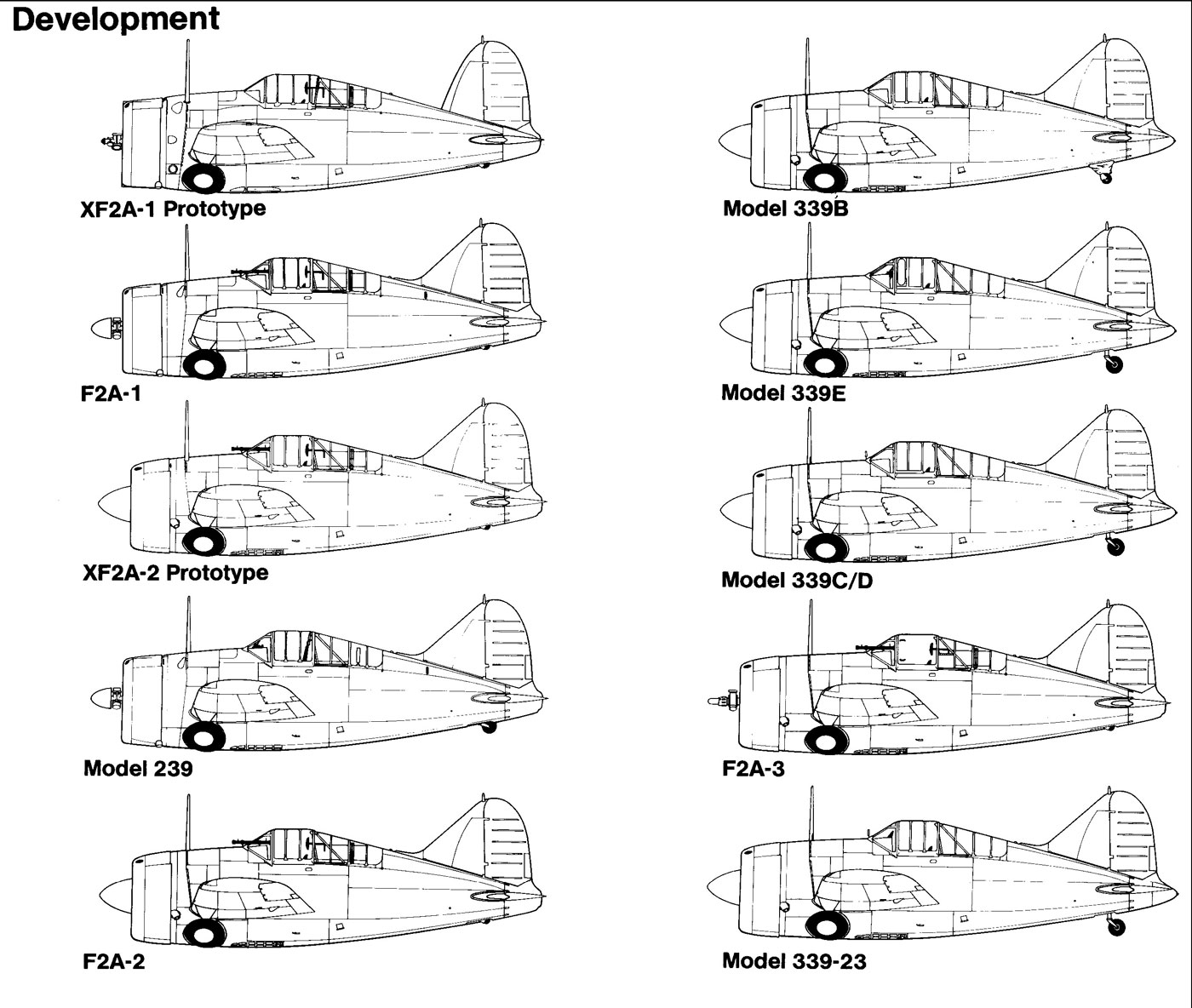 The Brewster F2A (company Model 139) was an American fighter aircraft which saw limited service during World War II. In 1939, the F2A became the first monoplane fighter aircraft used by the US Navy. In December 1941, it suffered severe losses with both British Commonwealth and Dutch air forces in South East Asia while facing Zekes of the Japanese navy and the army's Oscars. It also saw action with US Marine Corps squadrons at the Battle of Midway. The F2A was derided by some American servicemen as a "flying coffin", due to poor construction and perceptions of its general performance. Despite this reputation, the F2A proved a potent weapon with the Finnish Air Force, against the Soviet Air Forces.

In 1935, the US Navy issued a requirement for a carrier-based fighter intended to replace the Grumman F3F biplane. Two aircraft designs were considered: the Brewster and the Grumman XF4F-1 which was still a "classic" biplane. The Model 139 incorporated sophisticated features for the time: a monoplane configuration, wing flaps, arresting gear, retractable landing gear and an enclosed cockpit.

The US Navy competition was opened up to allow another competitor, the Seversky XFNF-1, a navalized P-35 eliminated early on when the prototype could not reach more than 267 mph.

The Navy awarded Brewster the contract; the Model 139 was redesignated XF2A-1. The prototype first flew on 2 December 1937 and early test results showed it was far in advance of the Grumman entry. While the XF4F-1 would not enter production, it would later re-emerge as a monoplane, the Grumman Wildcat. The Brewster fighter looked "pugnacious" with a stubby fuselage, mid-set wings and a host of advanced features. It was all-metal, with flush-riveted, stressed aluminum construction, although flying surfaces were still fabric-covered. Split flaps, a hydraulically-operated retractable main undercarriage (and partially retractable tail wheel) and a streamlined framed canopy gave the XF2A-1 a modern look. Powered by an 850 hp Wright R1820-22 Cyclone, it had a top speed of 277.5 mph, later boosted to 304 mph at 16,000 ft after improvements were made to the cowling streamlining and carburetor/oil cooler intakes.

Service testing of the prototype began in January 1938 and, in June, the Navy ordered 54 of the production F2A-1. The initial armament mix of two machineguns, a .30 (7.62 mm) and .50 (12.7 mm) Browning mounted in the cowl and firing through the propeller arc, would later be augmented by the provision of an additional two .50s, one in each wing outboard of the landing gear.

A later variant, the F2A-2, of which 43 were ordered, included a more powerful engine, a better propeller, and integral flotation gear, and was followed by the F2A-3. Unfortunately, the improvements added weight that adversely affected the fighter's performance and caused perennial problems with its landing gear (collapse issues), especially in shipboard service.

This webpage was updated 14th January 2017