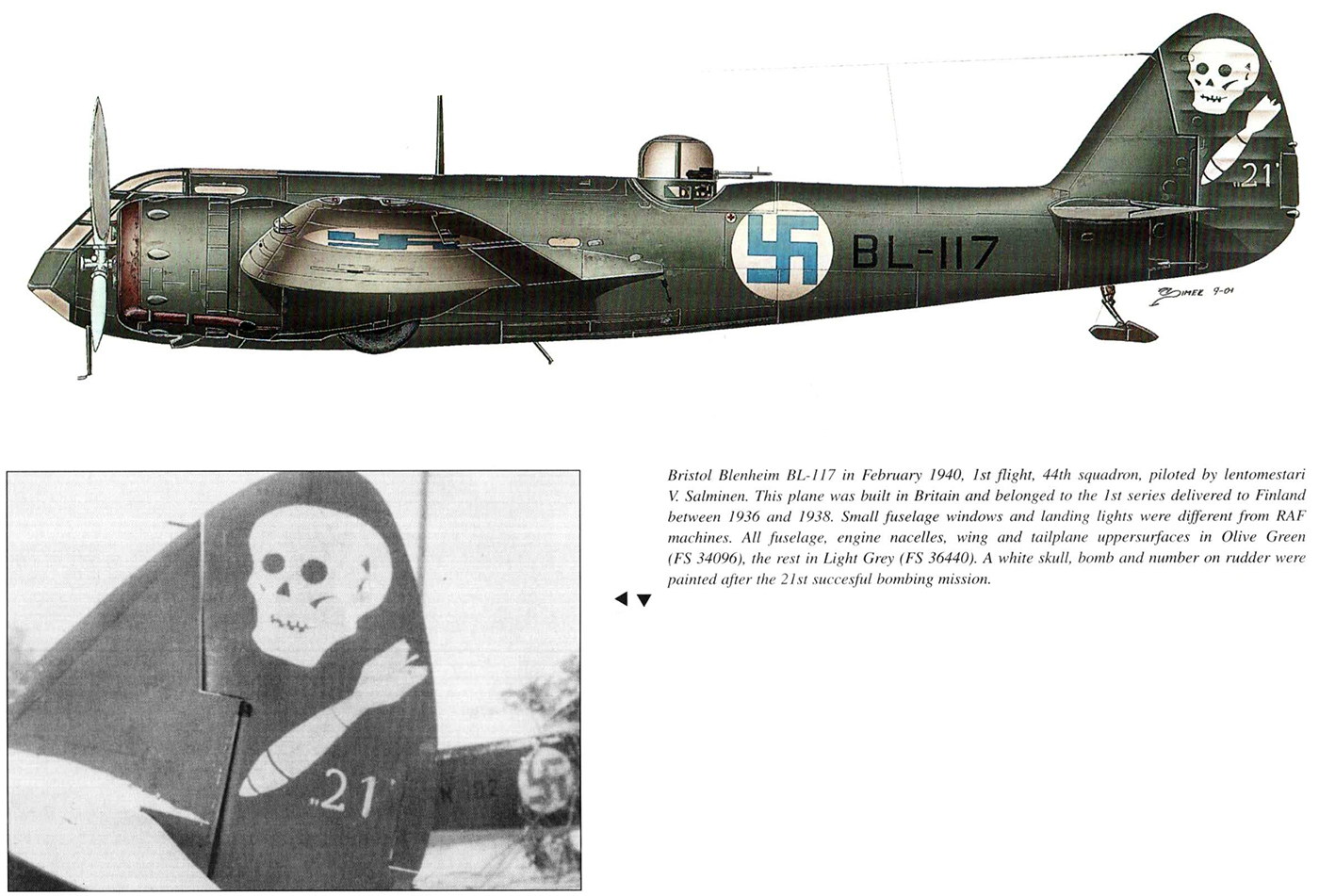 The Bristol Blenheim was a British light bomber aircraft designed and built by the Bristol Aeroplane Company that was used extensively in the early days of the Second World War. It was adapted as an interim long-range and night fighter, pending the availability of the Blenheim. It was one of the first British aircraft to have all-metal stressed-skin construction, to utilise retractable landing gear, flaps, powered gun turret and variable pitch propellers. A Canadian-built variant named the Bolingbroke was used as an anti-submarine and training aircraft.

The Blenheim Mk I outshone most biplane fighters in the late 1930s but stood little chance against the German Messerschmitt Bf 109 during daylight operations, though it proved successful as a night fighter. The Mark IV variant was equally unsuccessful, suffering major losses in the early stages of the war.