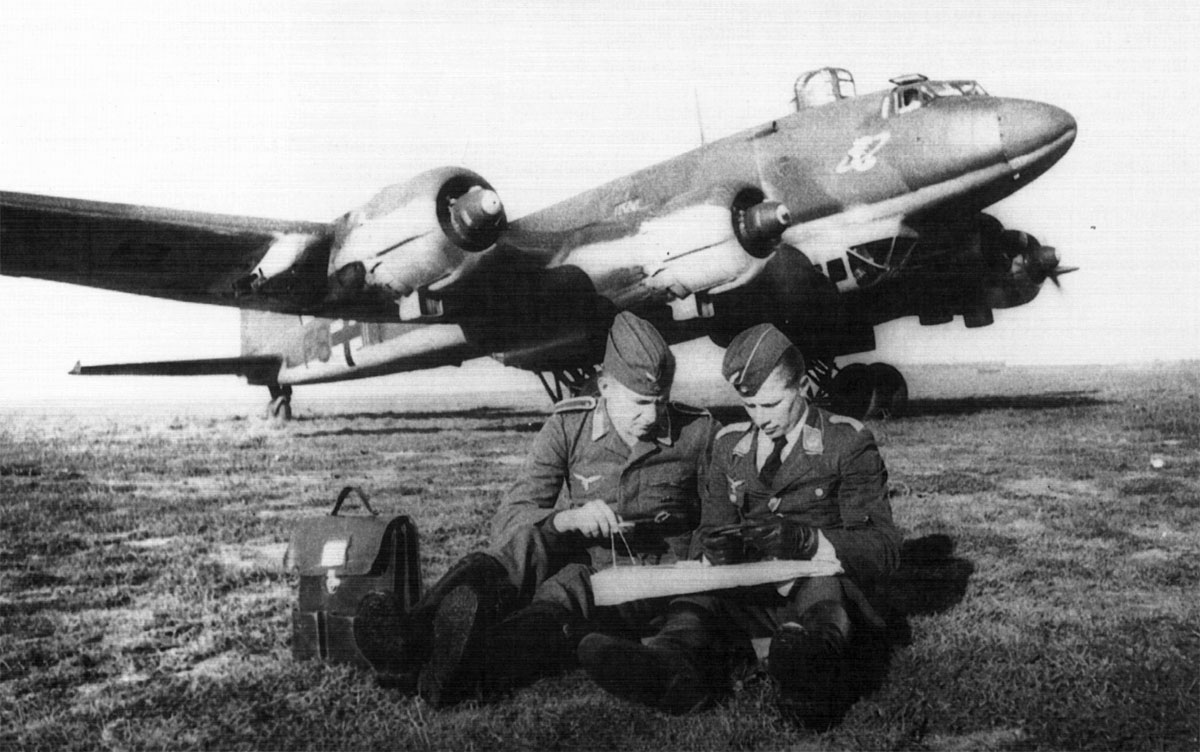 Fw 200 was the first airplane to fly nonstop between Berlin and New York City, making the journey on August 10, 1938 in 24 hours and 56 minutes. The return trip on August 13 1938 took 19 hours and 47 minutes. These flights are commemorated with a plaque in the Böttcherstraße street of Bremen.

The Luftwaffe initially used the aircraft to support the Kriegsmarine, making great loops out across the North Sea and, following the fall of France, the Atlantic Ocean. The aircraft undertook maritime patrols and reconnaissance, searching for Allied convoys and warships that could be reported for targeting by U-boats. The Condor could also carry bombs or mines to use against shipping and it was claimed that from June 1940 to February 1941 they sank 365,000 tons of shipping despite a rather crude bombsight arrangement. From mid-1941 the aircraft were instructed to avoid attacking shipping and avoid all combat in order to preserve numbers. In August the first Condor was shot down by a CAM ship launched Hawker Hurricane, and the arrival of the US-built F4F Wildcat fighter, operating from the Royal Navy's new escort aircraft carriers was a serious threat.