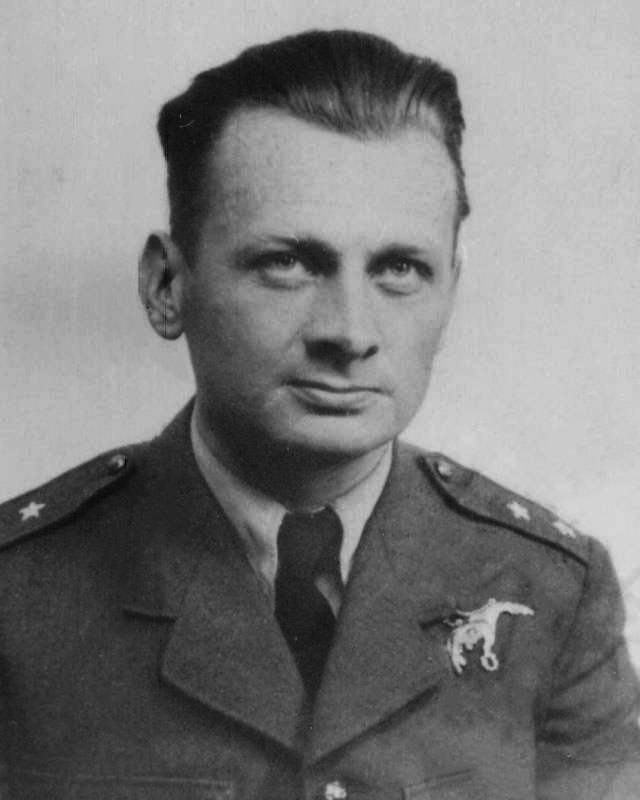 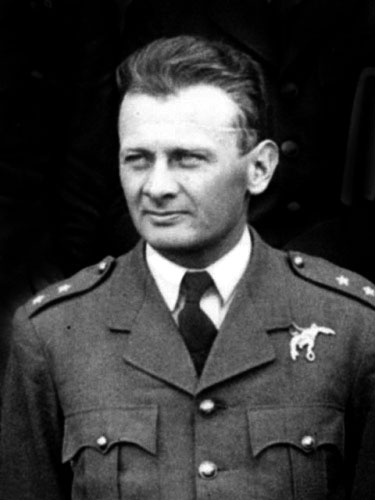 He was born in Wola Gałęzowskiej, the first of four children of Louis and Janina Paszkiewiczów. He attended high school in Lublin, and after completing his first, he studied at the Technical University of Warsaw, and later at the Technical University of Lvov. In 1931, after graduating from military service began. After the course in the Reserve Officers Motodeczno, decided to join the Air Force. He was cadet Aviation Cadet School. August 4, 1934 President of the Republic appointed him lieutenant with seniority of 15 August 1934 and second place in the body of officers, aeronautics, and the Minister of Military Affairs, he played it to 1 Aviation Regiment. The regiment was assigned to Fighter Squadron 112. In 1937 he was promoted to the rank of lieutenant. In the same year he married Maria Piwnicka, a year later gave birth to their daughter.

In 1939 he was promoted to squadron commander, in August of that year he went to France with a military mission, in order to buy airplanes, caught by the outbreak of World War II. An order of May 18, 1940 was created key front, whose commander was Paszkiewicz, also belonged to him, corporals Leon Smith and Kazimierz Wünsche, key individuals belonged to the French Groupe de Chasse II / 8 (II Pursuit Group). Paszkiewicz, together with the subordinate pilots made ​​the first flight combat May 23. During the French campaign Paszkiewicz made ​​a total of 33 flights (of which 18 items), in their time had never come into contact with the enemy in the air.

After the capitulation of France came to England on board the ship "Robur III" June 21. August 2 was assigned to Squadron 303. August 9th during training on the airplane Hurricane P3645 serial number when it crashed at the airport taxi (other sources say that "it crashed during a training flight,").

August 30 on the flight ćwiczebnego shot down his first German plane. Paszkiewicz leading turn-key "green" (3 aircraft) squadrons of B numbering a total of six aircraft. The task was to capture the six squadrons of bomber Bristol Blenheim. At about 16.35 remarked missiles explosions near a large enemy formation, flying at an altitude of 500 m to the left of the Polish squadrons. Paszkiewicz informed the flight commander of the Ronald Kellet, but has not received any reply and headed toward the enemy. A moment later, saw the German plane flying in his direction, which suddenly dived, probably after seeing Hurricane Paszkiewicz. Paszkiewicz attacked the enemy from a distance of 250 meters by lighting his right engine. From the plane jumped on the parachute one airman. Paszkiewicz shot down by himself identified the aircraft as a Dornier Do 17 or to 215 (so mistakenly give some sources), but in fact downed fighter Messerschmitt Bf 110 4./ZG76 serial number M8+MM WNR 3615 belonging to the German squadron Zerstörergeschwader 76. Even after landing on the ground Paszkiewicz was reprimanded for lack of discipline and willful separation from the squadron, but also congratulations on the first victory of the air. Later, the victory Paszkiewicz was presented with some degree of poetic license, in the film Battle of Britain.

During the flight September 2nd Squadron was attacked by a group of Messerschmitt Bf 109. Paszkiewicz shot down any plane, but on the way back to England escorted the damaged aircraft Lieutenant Ferića. September 6 was promoted to Squadron Commander B, after its previous commander was wounded W. Łapkowski. On the same day took another flight combat, but without contact with the enemy. September 7 Paszkiewicz first noticed the formation of the enemy, and led the attack. As the first of Squadron shot down enemy aircraft, most likely it was the Bf 110 squadron Zerstörergeschwader 2 (some sources say it was a Dornier Do 17), his second victim on that day was a bomber to 17 After returning to the airport was almost immediately undermined to fly again, but this time he met the enemy in the air.

'The first Dornier immediately burst into flame at the outset of the missile Lieutenant Paszkiewicz. On the left side of the second cut the sergeant Szaposznikow Dornier. Meanwhile, on the right: third - Sergeant Stefan Wojtowicz. The fourth bomber, attacked by Lieutenant Łokuciewskiego, "burst like a bubble." Fifth, "skosił" Lieutenant Jan Zumbach. Then the two fighters from the first key, a Canadian and Kazimierz Daszewski Forbes, while two Dorniers stroma. Meanwhile, a new bomber caught fire Urbanowicz, Paszkiewicz had killed his second victim and Wojtowicz also precipitated his second.'

8 and 10 September was held two consecutive flights without any contact with the enemy.

September 11 he shot down another plane, it was again Bf 110 belonging to Zerstörergeschwader 2. German aircraft, serial number A2+HM / WNr 3376 splashed down in the English Channel, the crew was rescued and taken prisoner. Between 12 and 14 September was held the next two sorties with no contact with the enemy [1]. September 15 Paszkiewicz shot down his fifth plane, while gaining the title of 'Fighter Ace'. He fell prey to the Messerschmitt Bf 109.

Over the next two days Paszkiewicz took two more sorties, and 18 September as many as four in one day. The latter included his eighth shot down the bomber to the 215th Between 21 and 25 September Paszkiewicz took the next seven sorties without any contact with the enemy.

September 26, during the visit of King George VI has undermined the whole squadron to intercept the bomber expedition whose aim was the Supermarine factory. Paszkiewicz shot down one plane, this time the Heinkel He 111. With some six victories was ranked 29th item lists Bajan.

The next day, September 27, the flight was once again undermined the entire squadron. During the attack on a formation of enemy bombers squadron led by Paszkiewicz was attacked by a large group of Bf 109 In the fight that ensued was precipitated three Polish Hurricanes - one of them was killed Sergeant Thaddeus Andruszków, the second managed to jump out of the hard-burned face and hands Żak sergeant, was the third Paszkiewicz plane that crashed near the village of Borough Green. Paszkiewicz was buried at Northwood 2 October. Posthumously, he was promoted to captain and awarded the Silver Order of Military Virtue. Later yet been posthumously awarded the Cross of Valor and the Distinguished Flying Cross.

His only daughter died of diphtheria in 1941. His widow took part in the Warsaw uprising, the war in 1960 she entered the Order of the Immaculate Conception in Szymanowie, where he was named Augustine. She died in 1995.