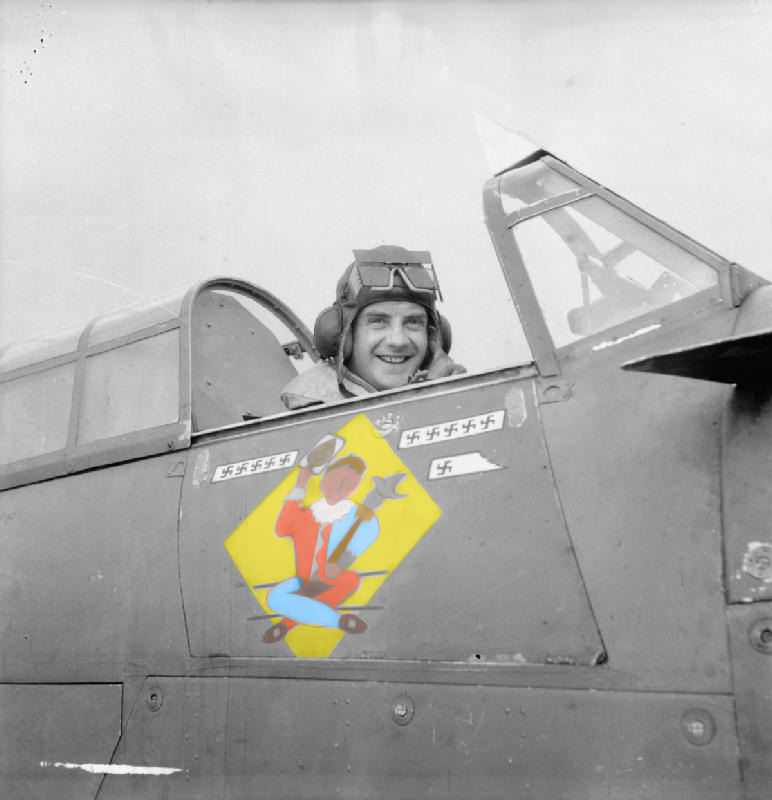 Flight Lieutenant John William Charles SIMPSON (37642). In June 1940, 'Flight Lieutenant Simpson led a section of aircraft in a squadron patrol over Northern France. During an engagement with a superior enemy force he succeeded in destroying three enemy aircraft. This officer has led his flight on every patrol, showing not only courage and skill in fighting, but also an excellent example by his confident and offensive spirit. He has personally accounted for seven enemy aircraft.

Acting Squadron Leader John William Charles SIMPSON, D.F.C. (37642), No. 245 Squadron. This officer has displayed great skill and initiative both as a squadron commander and an individual fighter. He has destroyed 12 enemy aircraft, of which two have been shot down at night.

There had been a number of small bombings, probably by planes that missed their targets over the Clyde or the cities of the north-west of England.

On March 24, 1941, John McDermott, Minister for Security, wrote to the Prime Minister, John Andrews expressing his concerns that Belfast was so poorly protected. "Up to now we have escaped attack. So had Clydeside until recently. Clydeside got its blitz during the period of the last moon. There [is] ground for thinking that the ... enemy could not easily reach Belfast in force except during a period of moonlight. The period of the next moon from say the 7th to the 16th of April may well bring our turn." Unfortunately, McDermott was proved right.

The first deliberate raid took place on the night of April 7. (Some authors count this as the second raid of four). It targeted the docks. Neighbouring residential areas were also hit. Six Heinkel He 111 bombers, from Kampfgruppe 26, flying at 7,000 feet, dropped incendiaries, high explosive and parachute-bombs. By British blitz experience, casualties were light. Thirteen lost their lives, including a soldier killed when an anti-aircraft battery, at the Balmoral show-grounds, misfired. The most significant loss was a 4½ acre factory floor for manufacturing the fuselages of Short Stirling bombers. The Royal Air Force announced that Squadron Leader J. W.C. Simpson shot down one of the Heinkels over Downpatrick.

The Luftwaffe crews returned to their base in Northern France and reported that Belfast's defences were, "inferior in quality, scanty and insufficient".