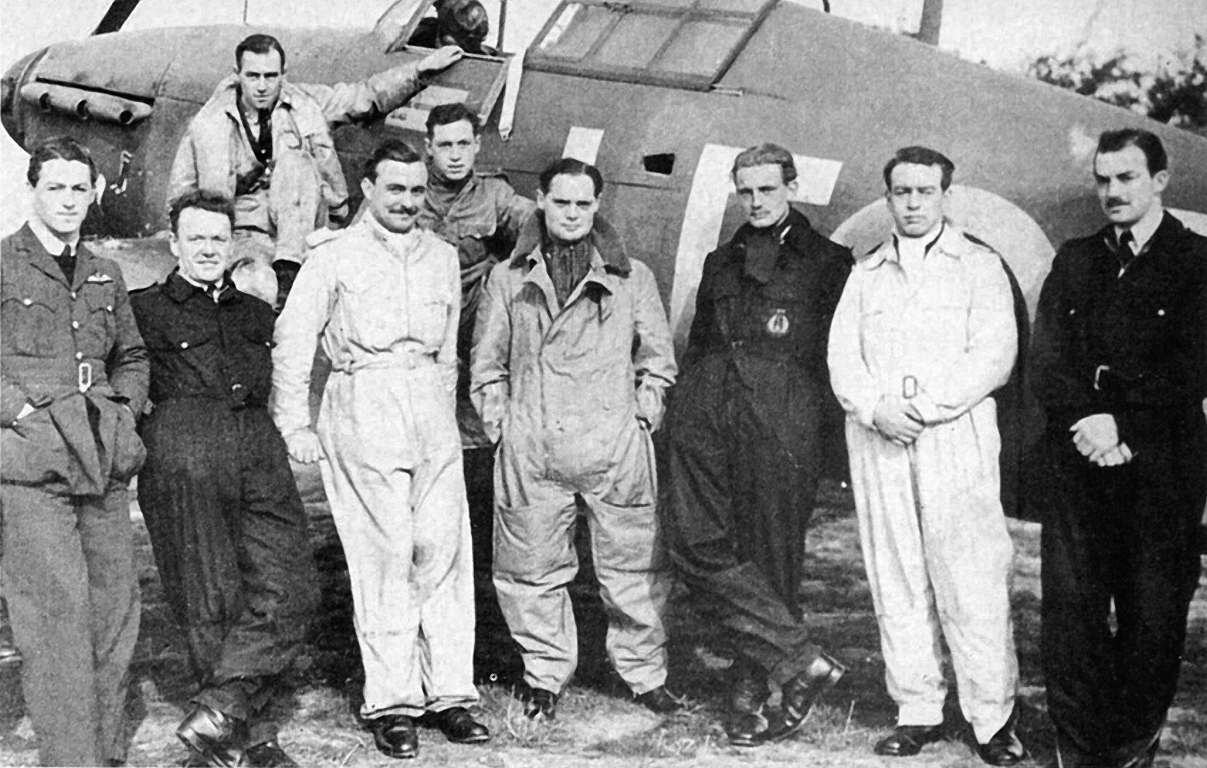 Deciding on a flying instead of a medical career, he left his native Canada for England in January 1939 to join the Royal Air Force on a short service commission. After completing his flying training, he joined the newly reformed 242 (Fighter) Squadron at Church Fenton on 6 November 1939, a squadron composed almost entirely of Canadian personnel.

With his flight commander and fellow Canadians Slim Grassick and Stan Turner, McKnight went to France on 14 May 1940 on attachment to 607Sqn. A few days later they were attached to 615Sqn at Moorselle, Belgium and on the 19th McKnight claimed his first victory, a Bf109 destroyed over Cambrai, becoming the second Canadian to down a Luftwaffe aircraft in World War 2. Two days later, he returned to England. Flying over Dunkirk on 28 May, he claimed a Bf109 destroyed but was himself attacked by another Bf109 which damaged his Hurricane's oil system. On 29 May, McKnight claimed one Bf109 and a Do17 destroyed with a further Bf109 claimed as a probable and that evening, was awarded an immediate DFC, making him the first Canadian fighter pilot to be decorated in World War 2. On 31 May he destroyed two Bf110s and on 1 June, claimed two Ju87s destroyed and two probables.

On 30 August he claimed three Bf110s and one He111 destroyed and on 9 September two Bf110s. He destroyed a Do17 on 18 September and shared in the destruction of a Ju88. He was awarded a Bar to his DFC on 8 October and on 5 November he claimed his final victory, a shared Bf109 over Gravesend.

On 2 January 1941, McKnight, in company with P/O M.K. Brown, was on an offensive cross-Channel operation. After crossing the French coast near Gravelines, they were strafing enemy troops when they were bounced by Bf109s. Although Brown managed to get in a quick burst of fire at a Bf109 going after his leader, both aircraft disappeared into cloud and McKnight was never seen again. He is believed to have fallen to either the flak or the Bf109s.

At the time of his death, Willy McKnight was the highest scoring Canadian pilot. His name is entered on the Air Forces memorial at Runnymede and he is remembered on a commemorative plaque displayed at Calgary International Airport; a section of the main road which passes Calgary airport also bears his name.

Photo 01: The skeleton with sickle personal emblem which appeared on both sides of the fuselage on F/O McKnight's Hurricane 'LE-A' was a reference to his pre-war days as a medical student. Note that in each view, the skeleton is correctly portrayed with the sickle in it's the left hand.