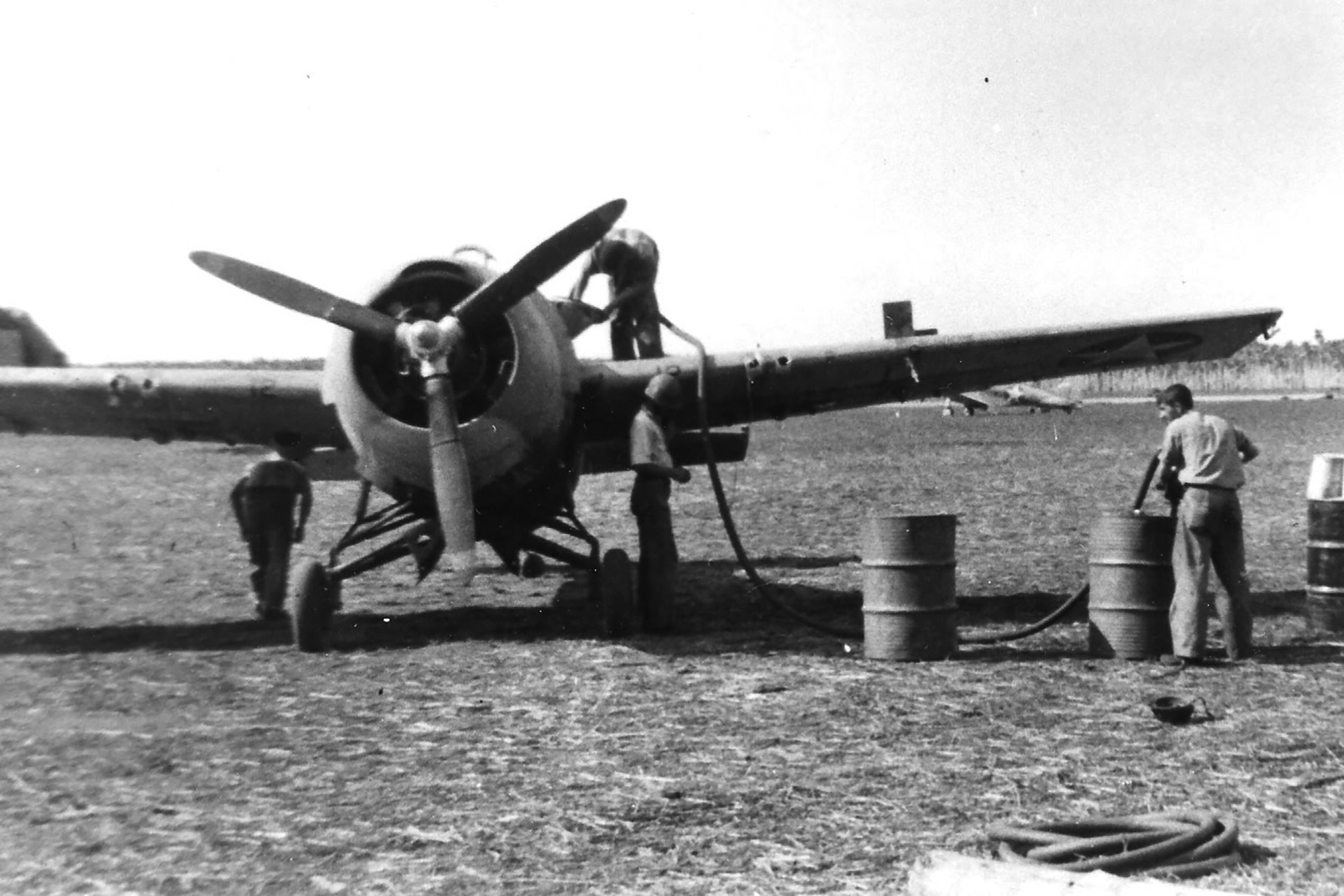 In 1942, automobile manufacturer General Motors converted several of its east coast factories to aircraft production under the name Eastern Aircraft Division. Eastern received contracts to build F4F-4 Wildcat fighters and TBF-1 'Avenger' torpedo planes, allowing Grumman to gradually reconcentrate its energies on the new, urgently-needed F6F 'Hellcat' fighter. The GM F4F-4s, redesignated FM-1s, had only four .50 caliber machine guns, but were otherwise little changed from the original model. Well over a thousand FM-1 fighters were delivered in 1942-43, including some three hundred for the British Royal Navy.

Meanwhile, Grumman had prototyped a new Wildcat under the designation XF4F-8, which was to be produced by Eastern Aircraft as the FM-2. With lightened structure and a more powerful Wright R-1820 radial engine, the FM-2 was notably quicker, faster climbing, longer ranged and more maneuverable than its predecessor. To help control the increased power, the new plane had a distinctive, taller vertical tail. All-in-all, it was a great improvement, and more than four thousand FM-2s were built in 1943-45. Of those, over three hundred went to the British.

The U.S. Navy FM-2s operated exclusively from escort carriers (CVEs), small ships with notoriously lively flight decks. They were used in the Atlantic, teamed with TBM 'Avengers' for anti-submarine work, the escort carriers' original purpose. In the Pacific, CVEs did ASW too, but also employed their 'Avengers' and 'Wildcats' to provide air cover for invasion forces and close air support for ground troops. Those missions produced opportunities for aerial combat against Japanese planes, and two Navy pilots achieved 'ace' status in FM-2s. The GM Wildcat also played an important role in the 25 October 1944 Battle off Samar, in which a force of the slow CVEs and their escorts out-fought a vastly superior Japanese surface fleet.