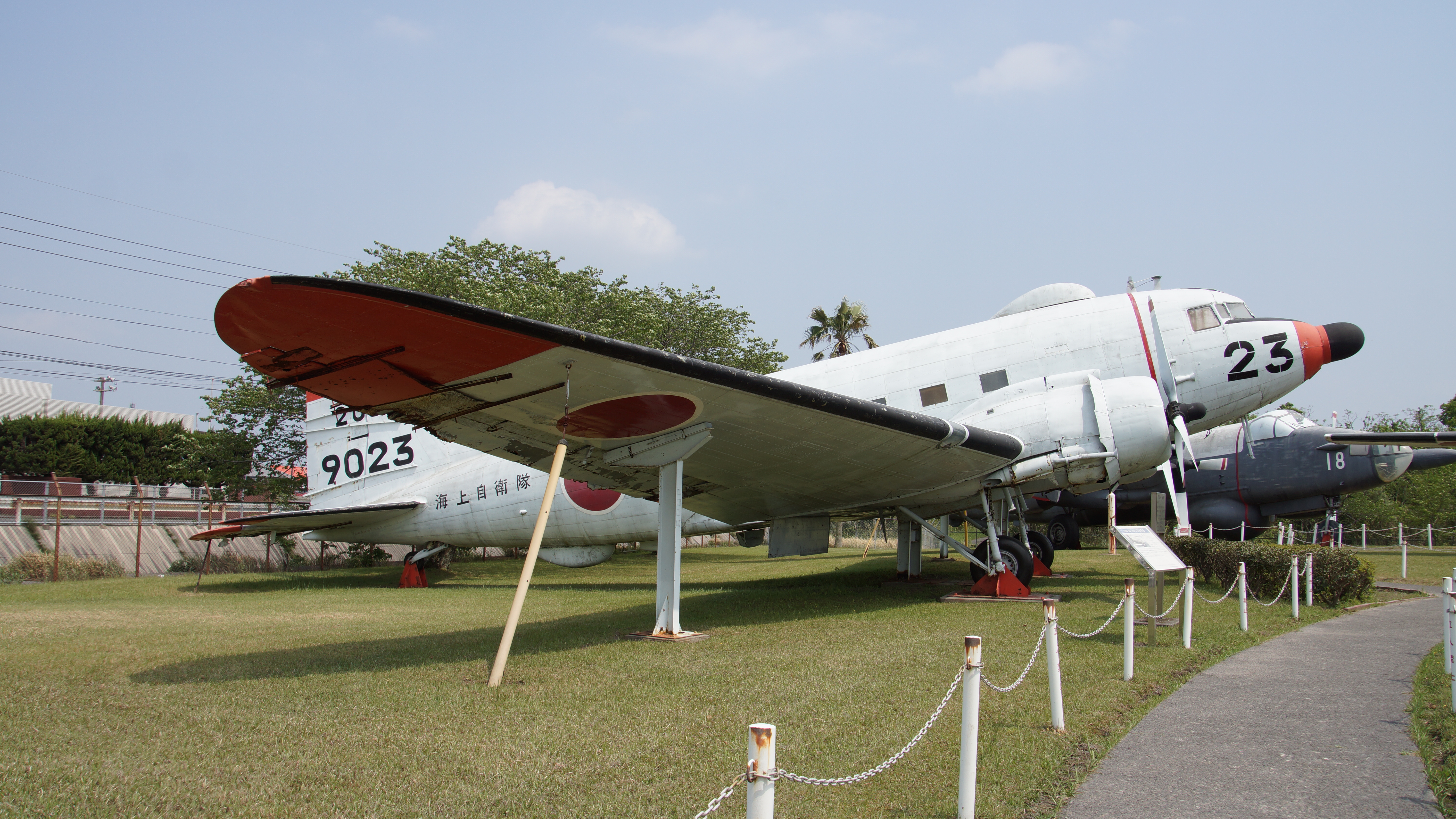 The Douglas C-47 Skytrain or Dakota (RAF, RAAF, RCAF, RNZAF, and SAAF designation) is a military transport aircraft developed from the civilian Douglas DC-3 airliner. It was used extensively by the Allies during World War II and remained in front-line service with various military operators for many years.

The C-47 differed from the civilian DC-3 by way of numerous modifications, including being fitted with a cargo door, hoist attachment and strengthened floor - along with a shortened tail cone for glider-towing shackles, and an astrodome in the cabin roof.

During World War II, the armed forces of many countries used the C-47 and modified DC-3s for the transport of troops, cargo, and wounded. The U.S. naval designation was R4D. More than 10,000 aircraft were produced in Long Beach and Santa Monica, California, and Oklahoma City, Oklahoma. Between March 1943 and August 1945, the Oklahoma City plant produced 5,354 C-47s.

The specialized C-53 Skytrooper troop transport started production in October 1941 at Douglas Aircraft's Santa Monica plant. It lacked the cargo door, hoist attachment, and reinforced floor of the C-47. Only 380 aircraft were produced in all because the C-47 was found to be more versatile.

The Curtiss C-46 Commando is a twin-engine transport aircraft derived from the Curtiss CW-20 pressurised high-altitude airliner design. Early press reports used the name 'Condor III', but the Commando name was in use by early 1942 in company publicity. It was used as a military transport during World War II by the United States Army Air Forces and also the U.S. Navy/Marine Corps, which used the designation R5C. The C-46 served in a similar role to its Douglas-built counterpart, the C-47 Skytrain, but it was not as extensively produced as the latter.

After World War II, a few surplus C-46 aircraft were briefly used in their originally designated role as passenger airliners, but the glut of surplus C-47s dominated the marketplace and the C-46 was soon relegated to primarily cargo duty. The type continued in U.S. Air Force service in a secondary role until 1968. The C-46 continues in operation as a rugged cargo transport for arctic and remote locations with its service life extended into the 21st century.

This webpage was updated 25th August 2022