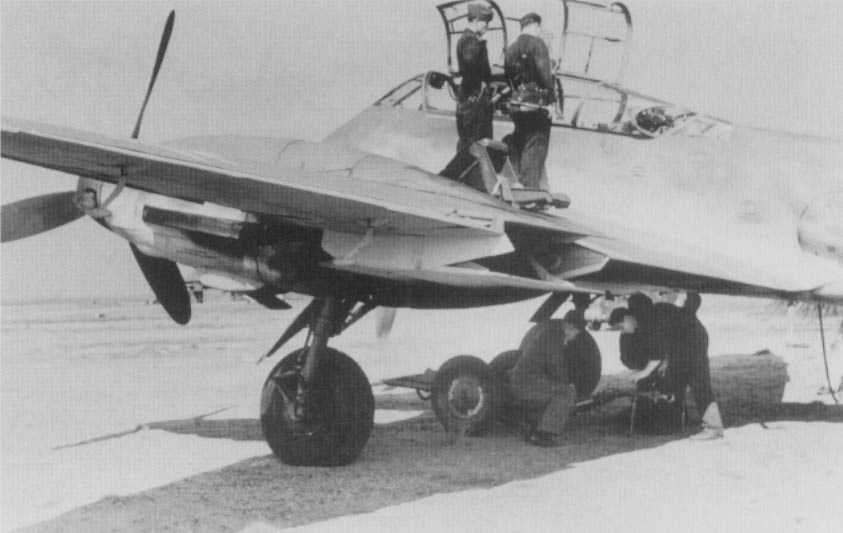 Proposed to the German air ministry in late 1937 as a more powerful and more versatile successor of Messerschmitt Bf 110, the Messerschmitt Me 210 was designed. However, the Me 210 seemed on paper a very promising and extremely useful aircraft. A contract for 1,000 was placed before the first (with twin-fins) flew on 2 September 1939, but this was a huge mistake. The chief test pilot commented that the Me 210 had "all the least desirable attributes an aeroplane could possess." Though it looked good and reached 616km/h on two 1,395hp DB 601F engines and carried 1,000kg of bombs inside a bomb bay and had clever remote-control defensive guns at the rear, the 210 was so full of faults that its production was halted in April 1942. After complete, detailed redesign it emerged in 1943 as the Me 410 Hornisse (Hornet) with speeds around 624km/h on two 1,750hp DB 603A engines. It's design was beset with problems, and by the time it had matured to a good aircraft it had a terrible reputation from which it could not recover.

This webpage was updated 16th February 2017