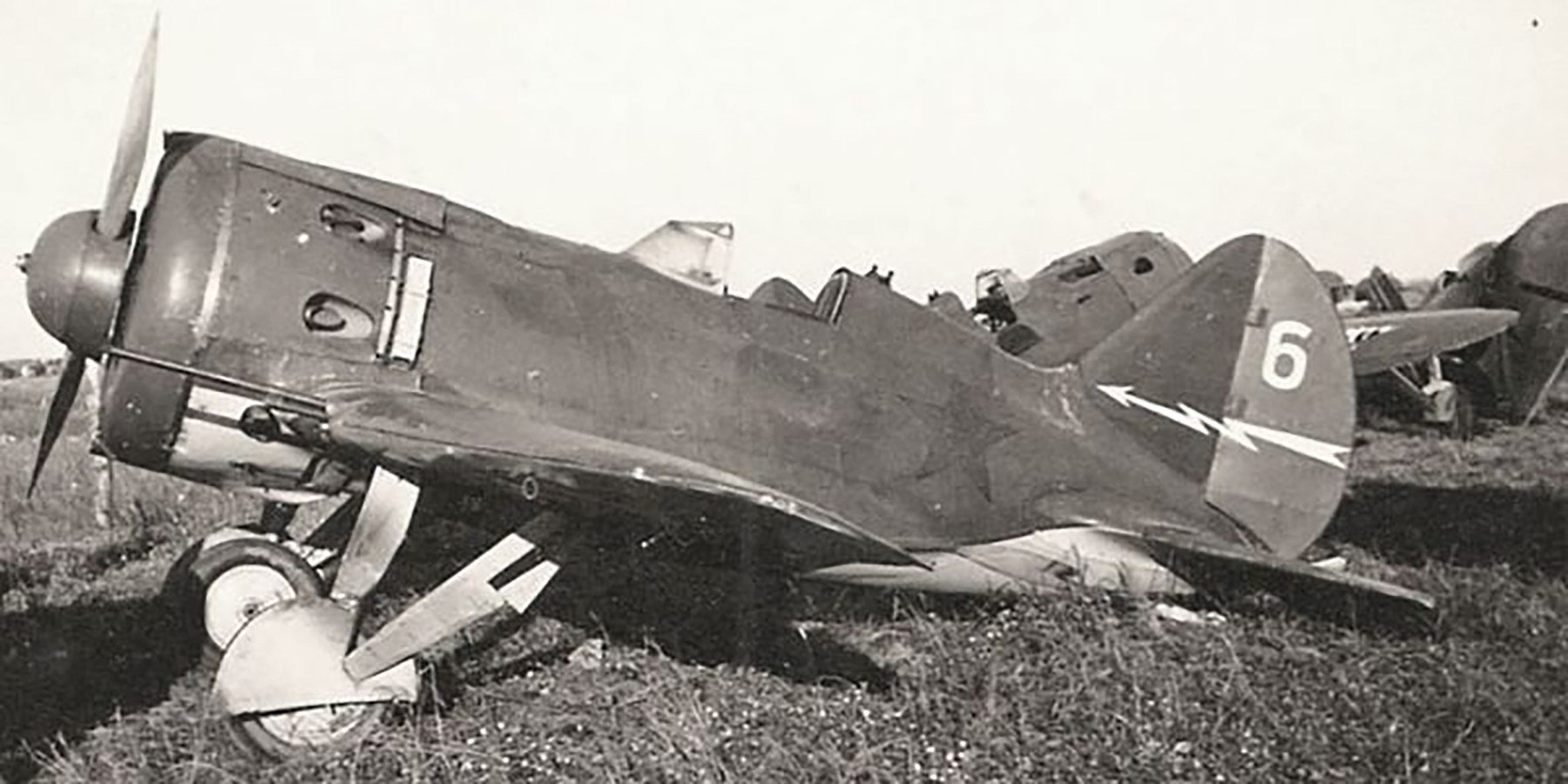 Initial service experience revealed that the ShKAS machine guns had a tendency to jam. This was the result of the guns being installed in the wings upside-down to facilitate the fit. The problem was addressed in later modifications. Evaluations from pilots confirmed the experience with prototypes. Controls were light and very sensitive, abrupt maneuvers resulted in spins, and spin behavior was excellent. An aileron roll could be performed in under 1.5 seconds (roll rate over 240 degrees/second). The machine guns were fired via a cable and the required effort, coupled with sensitive controls, made precision aiming difficult. The rear weight bias made the I-16 easy to handle on unprepared airfields because the aircraft was rather unlikely to flip over the nose even if the front wheels dug in.

The I-16 was a difficult fighter to fly. The pilots had poor visibility, the canopy tended to become fouled with engine oil, and the moving portion was prone to slamming shut during hard maneuvers, which caused many pilots to fix it in the open position. The front section of the fuselage, with the engine, was too close to the centre of gravity, and the pilot's cockpit too far to the rear. The Polikarpov had insufficient longitudinal stability and it was impossible to fly the aircraft 'hands off'.

At the start of the Spanish Civil War in 1936, Republican forces pleaded for fighter aircraft. After receiving payment in gold, Joseph Stalin dispatched around 475 I-16 Type 5s and Type 6s. The first I-16s appeared in Spanish skies in November 1936. The Polikarpov monoplanes had their baptism of fire on 13 November 1936, when twelve I-16s intercepted a Nationalist bombing raid on Madrid. Soviet pilots claimed four air victories and two German Heinkel He 51 pilots were killed. But the Soviets suffered losses too; the group commander collided with an enemy aircraft and another I-16 pilot crash landed.

The Polikarpovs immediately began dominating the enemy Heinkel He 51 and Arado Ar 68 biplanes and remained unchallenged until the introduction of the Messerschmitt Bf 109. The arrival of the newest Bf 109Bs and the overwhelming numerical superiority of Nationalist fighters were the primary cause of the heavy I-15 and I-16 combat losses suffered throughout 1937. A number of aviation publications called the new Soviet fighter a 'Boeing' due to the incorrect assumption that it was based on the Boeing P-26's design. The Nationalists nicknamed the stubby fighter Rata (Rat), while the Republicans affectionately called it Mosca (Fly).

Combat experience showed that the I-16 had deficiencies; several aircraft were lost after structural failure of the wings which was quickly remedied by reinforced structures. Heavy machine gun bullets could sometimes penetrate the armored backrest and fuel tanks occasionally caught fire in spite of being protected. The hot Spanish summers required the addition of oil radiators, and dust adversely affected the life of the engines. Although some aircraft accumulated up to 400 hours of flying time, the average life of an I-16 was 87 days, of which one sixth was spent on maintenance. The biggest complaint in service was the light armament of only two 7.62 mm (0.30 in) machine guns. This was urgently addressed with the Type 6 which added a third ShKAS in the bottom of the fuselage. The four-gun Type 10 was nicknamed 'Super Mosca' or simply 'Super'. The total number of I-16s delivered to Spain from 1936 to 1938 amounted to 276. When the war ended on 1 April 1939, 187 Ratas had been lost in Spain: 112 lost in combat, one shot down by anti-aircraft fire, eleven destroyed on the ground, one force-landed and 62 lost in accidents.

This webpage was updated 23rd November 2021