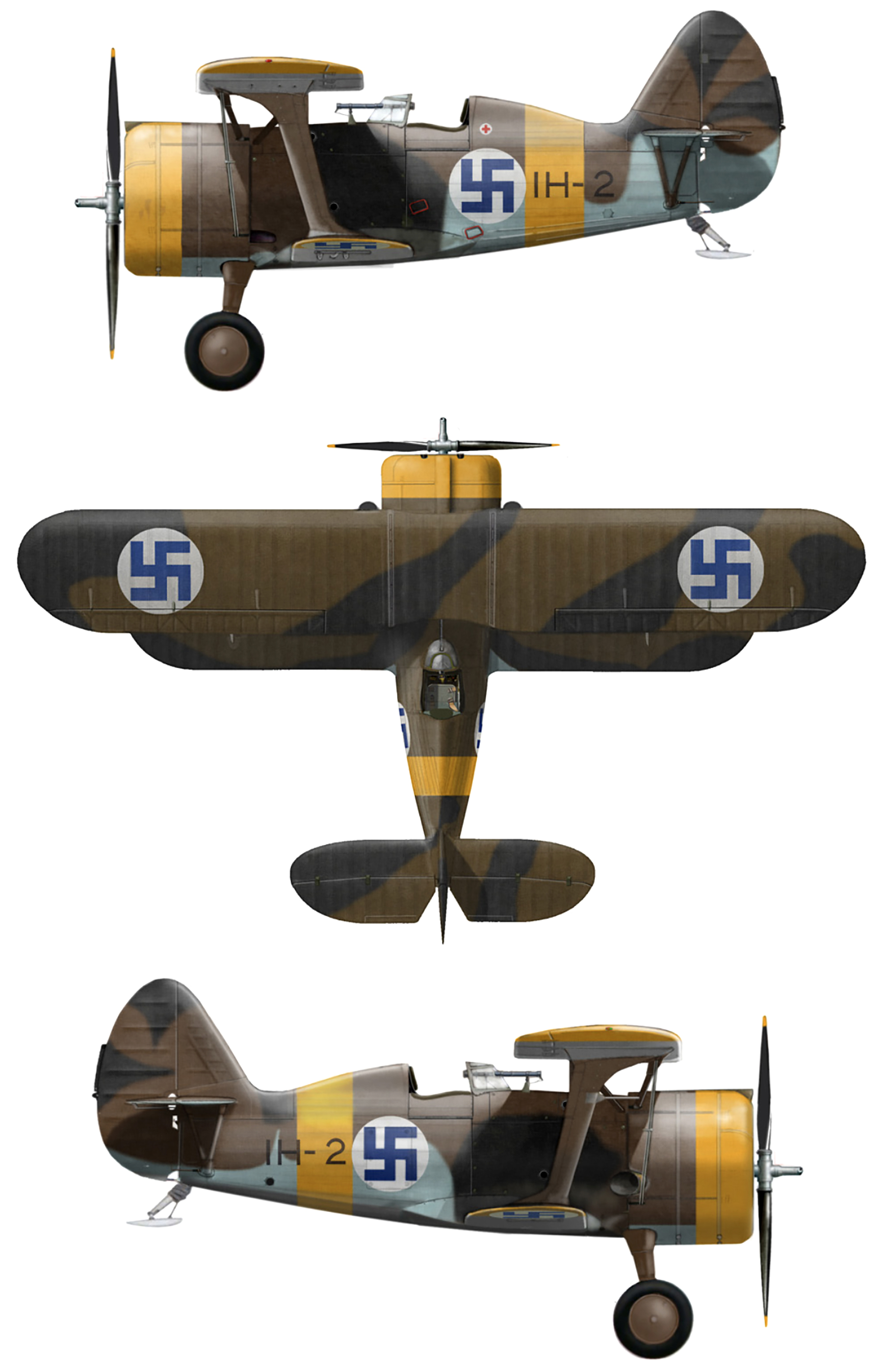 The design for the 14th fighter for the VVS, the I-14, started as an advanced (for the era) monoplane under the direction of Andrei Tupolev. He grew concerned that the design would not mature, and ordered two backup biplane designs as the I-14A and B just to be safe. Polikarpov had just been released from prison in August 1932, and was handed the I-14A project. When both the I-14 and I-14A were ordered into production, Polikarpov's design, a development of the I-5 fighter became the famous I-15.

The first flight was made in October 1933 with V.P. Chkalov at the controls, powered by an imported Wright R-1820 Cyclone engine. The I-15, also known by its development name TsKB-3, was a small biplane fighter with a gulled upper wing. The single bay wings were of wooden construction, while the fuselage was of mixed steel and duralumin construction, with a fabric covered rear fuselage.

Production started in 1934, initially being powered by the Shvetsov M-22, a license-built version of the Bristol Jupiter radial engine. While less powerful than the Cyclone, the M-22 powered aircraft were still superior to the I-5 which it replaced, demonstrating excellent manoeuvrability. Production switched to the 515 kW (691 hp) Shvetsov M-25 engine (a license-built, metricified Cyclone) in late 1936. A total of 671 I-15s were built, 284 in the Soviet Union and a further 287 under license by CASA in Spain.

The gulled upper wing of the I-15 was unpopular with some pilots, as it was felt to restrict visibility, so Polikarpov's design bureau produced a revised version, again powered by the M-25, with a longer span un-gulled upper wing. This version, the I-15bis, commenced production in 1937, a total of 2,408 I-15bis' being delivered by the time production finished in 1940.

This webpage was updated 8th October 2021