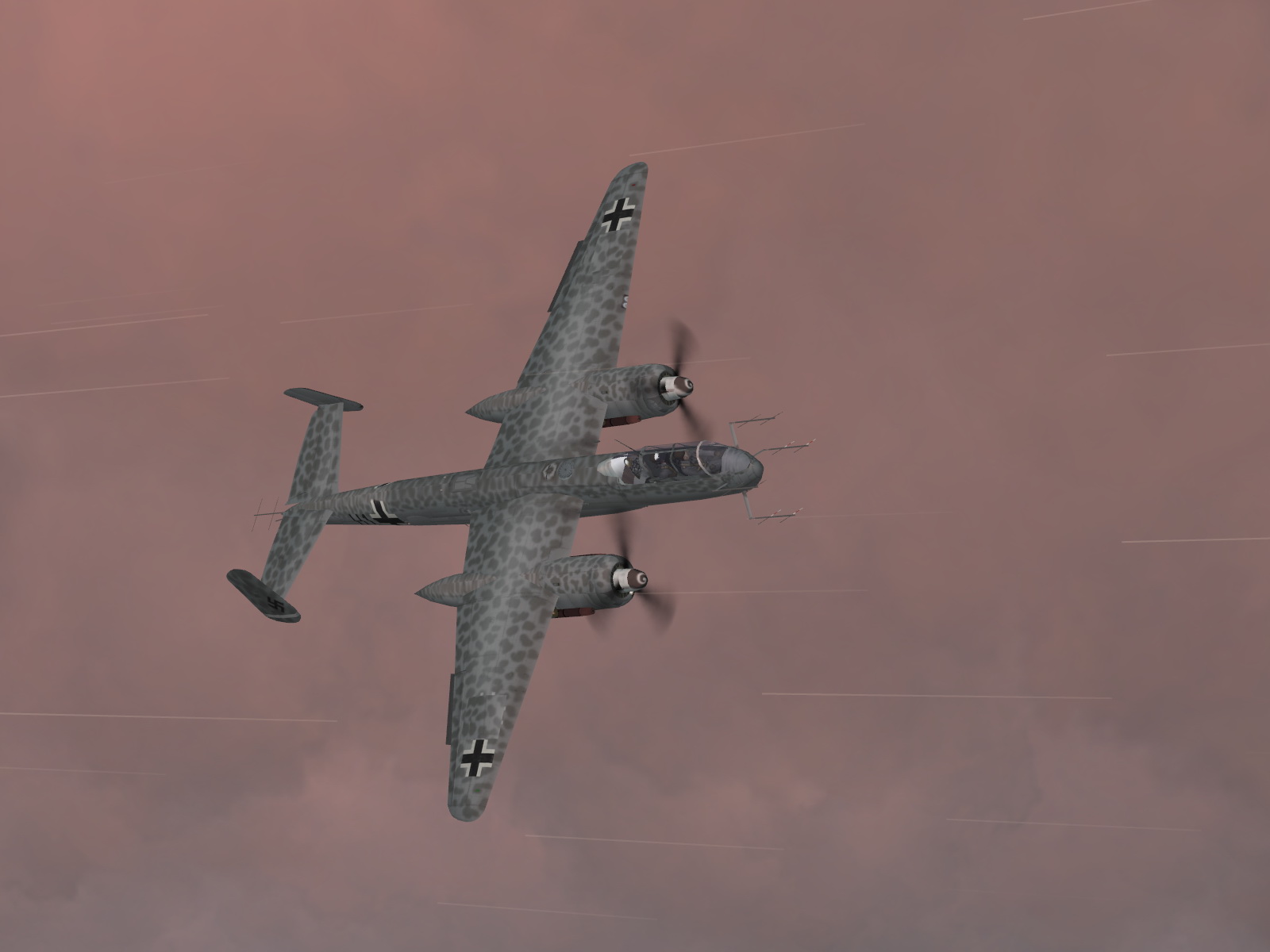 IL2 MH He 219A Nachtjager on dawn patrol over Germany 06

The Heinkel He 219 Uhu (Eagle-Owl) was a night fighter serving with the German Luftwaffe in the later stages of World War II. A relatively sophisticated aircraft, the He 219 possessed a variety of innovations, including an advanced intercept radar. It was also the first operational military aircraft in the world to be equipped with ejection seats, and the first German aircraft with tricycle landing gear. Had the Uhu been available in quantity, it might have had a significant effect upon the strategic bomber offensive of the Royal Air Force, but only 268 were built before the end of the War and they saw only limited service.

Editor for Asisbiz: Matthew Laird Acred
Please help us to improve these articles with any additional information or photo's.
If you should encounter any bugs   broken links,  or display errors just email us.