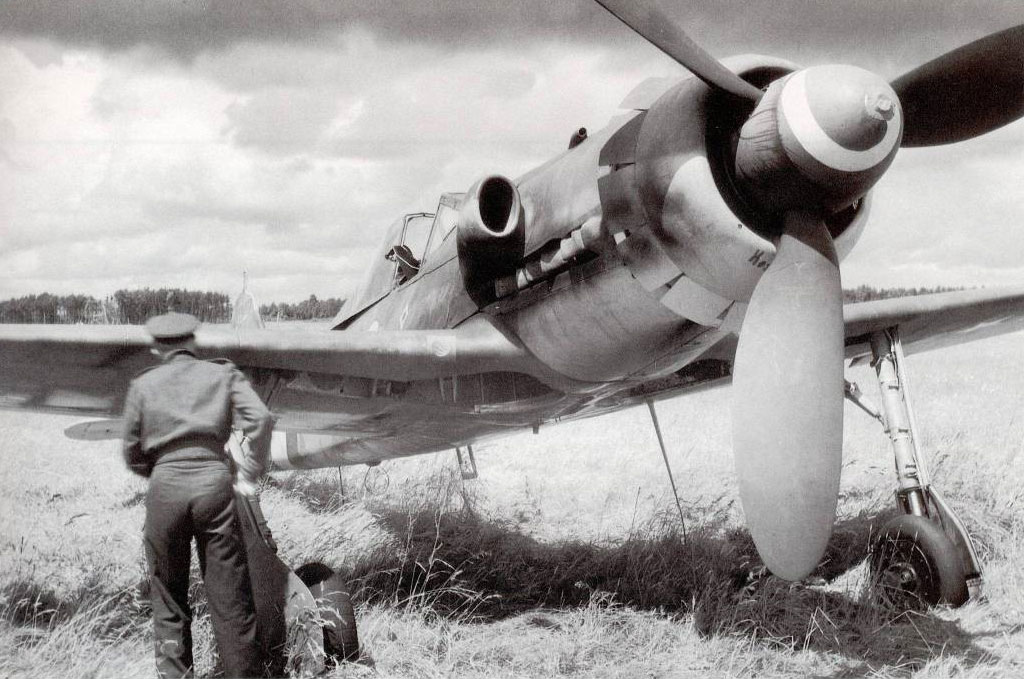 The Focke-Wulf Fw 190 Wurger or Shrike in a nutshell

The Focke-Wulf Fw-190 Wurger, was a single-seat, single-engine fighter aircraft of Germany's Luftwaffe. Used extensively during the Second World War, over 20,000 were manufactured, including around 6,000 fighter-bomber models. Production ran from 1941 to the end of hostilities, during which time the aircraft was continually updated. Its later versions retained qualitative parity with Allied fighter aircraft, but Germany was not able to produce the aircraft in enough numbers to affect the outcome of the war.

The Fw-190 was well-liked by its pilots, and was quickly proven to be superior to the RAF's main front line fighter, the Spitfire Mk. V, on its combat debut in 1941. Compared to the Bf-109, the Fw-190 was a "workhorse", employed in and proved suitable for a wide variety of roles, including air superiority fighter, ground attack, fighter-bomber, long-range bomber escort, and night fighter.