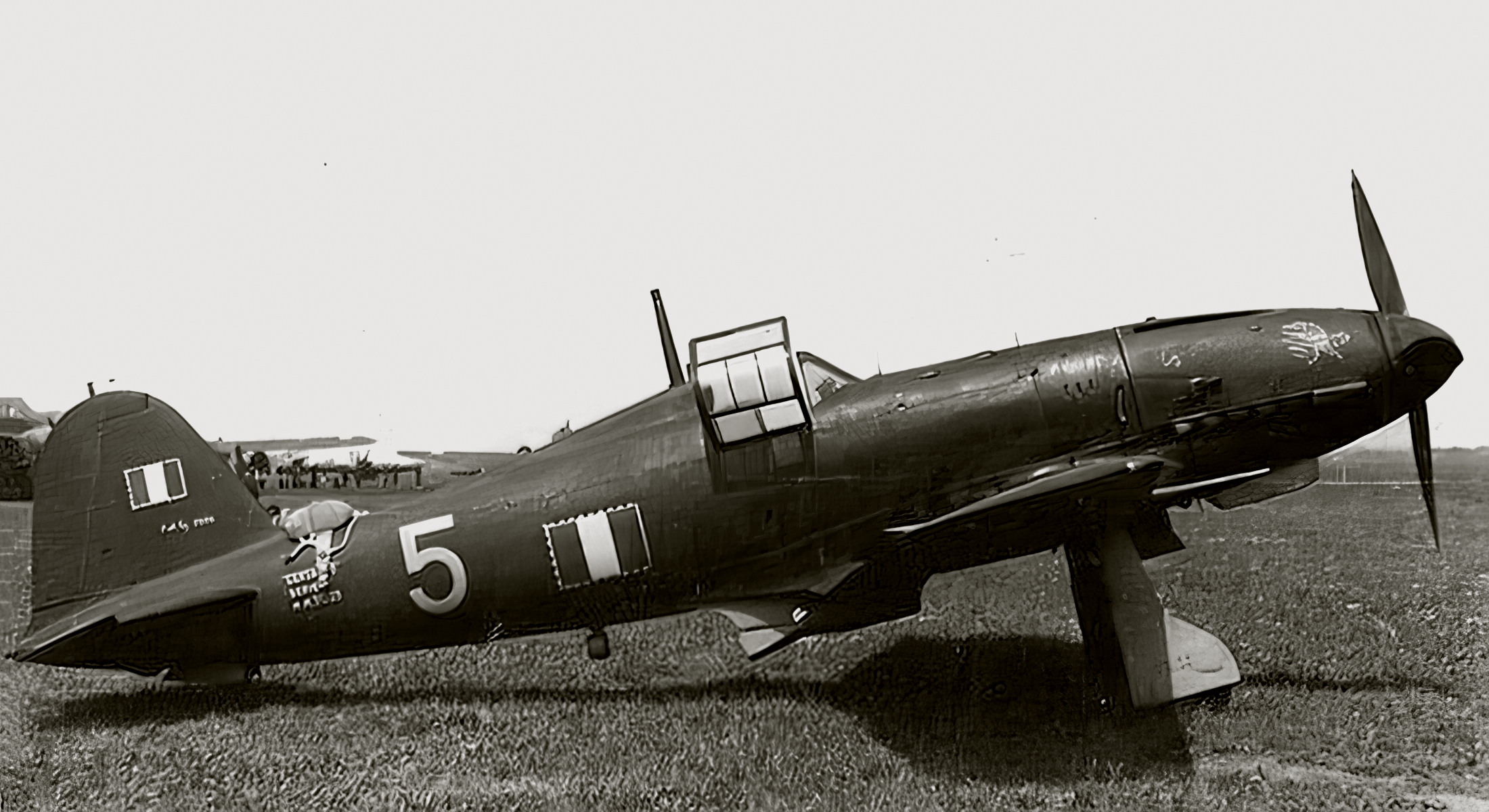 The Fiat G.55 Centauro (Italian: 'Centaur') was a single-engine single-seat World War II fighter aircraft used by the Regia Aeronautica and the A.N.R. (Aeronautica Nazionale Repubblicana) in 1943-1945. It was designed and built in Turin by Fiat. The Fiat G.55 was probably the best type produced in Italy during World War II, [2] (a subjective claim also frequently made for the Macchi C.205 Veltro) but it did not enter production until 1943. [3]

During its short operational service, mostly under the Repubblica Sociale Italiana insignia, after the 8 September 1943 armistice, this powerful, robust and fast aircraft proved itself to be an excellent interceptor at high altitude. In 1944, over Northern Italy, the Centauro clashed with British Supermarine Spitfire, P-51 Mustang, P-47 Thunderbolt and P-38 Lightning, proving to be no easy adversary. [4] Italian fighter pilots liked their Centauro but by the time the war ended, fewer than 300 had been built. [2] (This is in comparison with, for example, the 34,000 Bf 109s built by the Germans.)