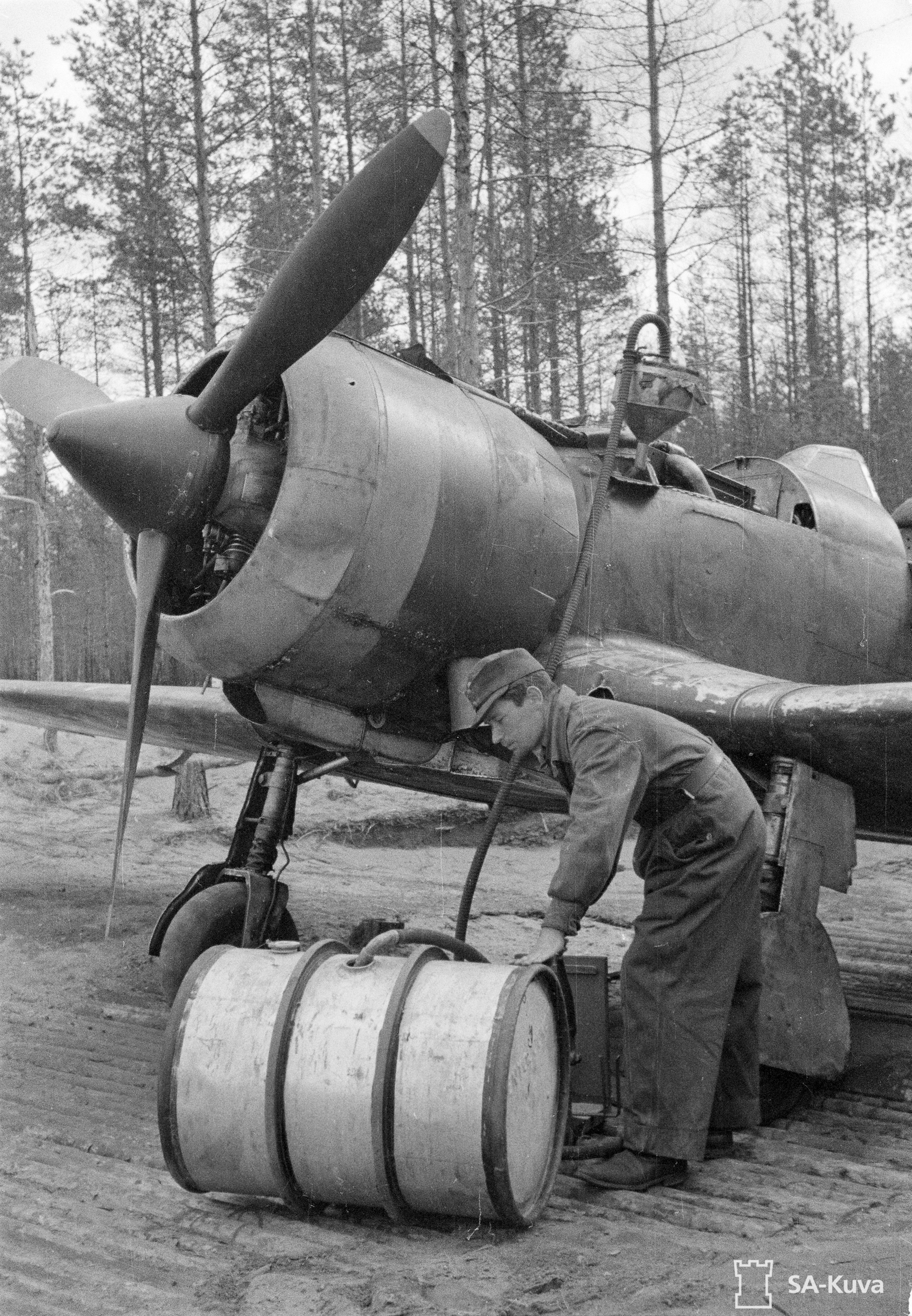 The FIAT G.50 Freccia (Freccia means Arrow in English) was an Italian fighter aircraft of World War II. It was the first Italian low-wing monoplane fighter with enclosed cockpit and retractable landing gear to go into production (without the enclosed cockpit though, as Italian pilots felt uncomfortable with it). It was also used in small numbers by the Finnish Air Force.

The Fiat G.50 Freccia ("Arrow") was a World War II Italian fighter aircraft. First flown in February 1937, the G.50 was Italy's first single-seat, all-metal monoplane with an enclosed cockpit and retractable landing gear to go into production. Pilots disliked the sliding cockpit canopy, which was not easy to open quickly and interfered with vision, so in later production series, an open cockpit was adopted. In early 1938, the Freccias served in the Regia Aeronautica including with the Aviazione Legionaria in Spain, where they proved to be fast and, typical of most Italian designs, very manoeuvrable, however, the aircraft had inadequate armament (two Breda-SAFAT 12,7 mm machine guns). The Fiat G.50 was also used in small numbers by the Croatian Air Force and 35 were flown to Finland where they served with distinction.

The first operative aircraft were delivered to the Regia Aeronautica in 1938. Extremely maneuverable, it was one of the best fighters during the Spanish Civil War, yet by the time World War II began it was considered to be underpowered and underarmed. About 780 were built, 35 of which were exported to Finland.