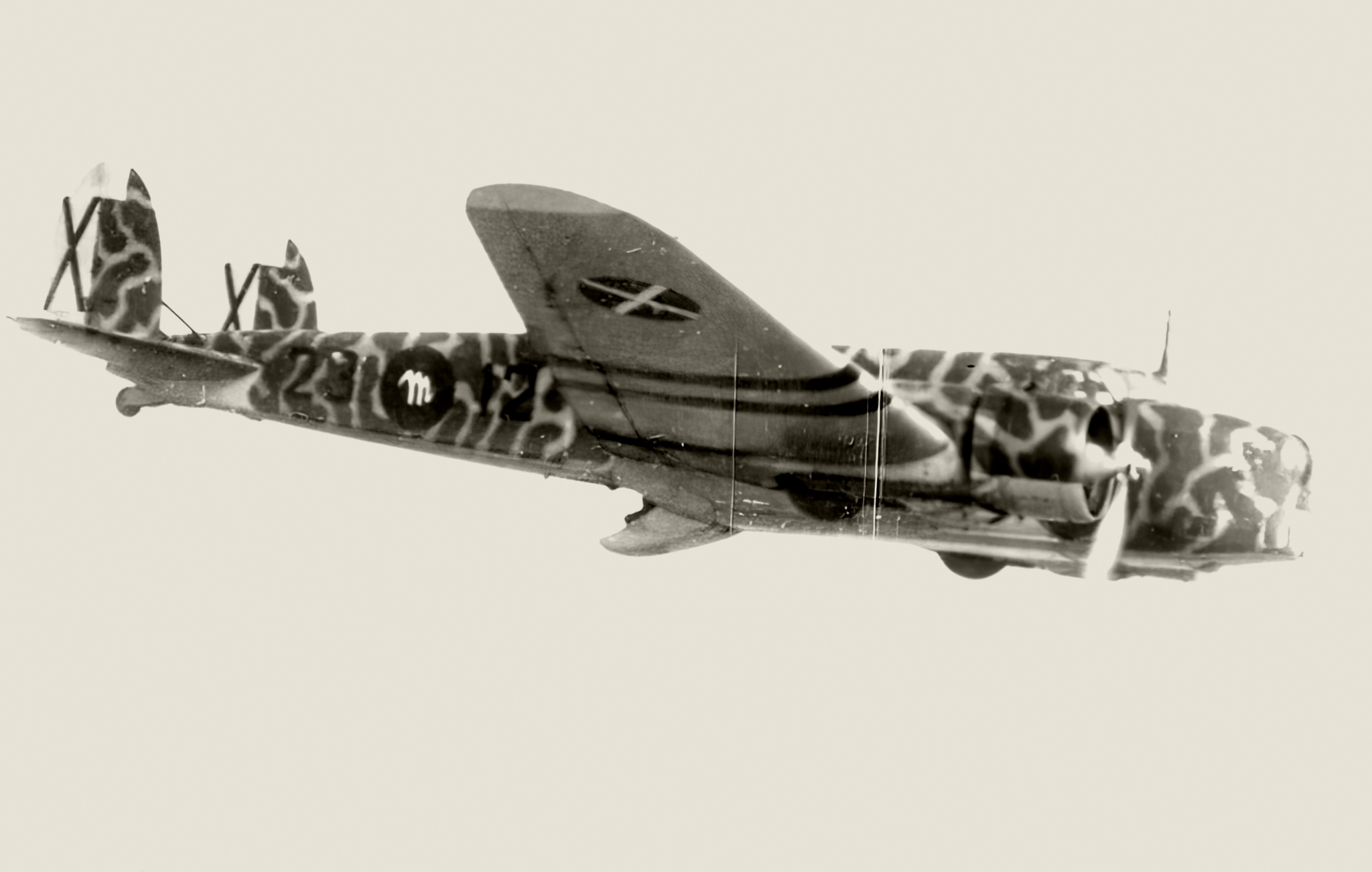 The Fiat BR.20 Cicogna (Italian: "stork") was a low-wing twin-engine medium bomber produced from mid-1930s until the end of World War II by the Turin firm. When it entered service in 1936 it was the first all-metal Italian bomber and it was regarded as one of the most modern medium bomber of the world.

It had its baptisme of fire in summer 1937, with Aviazione Legionaria, during the Spanish Civil War, when it formed the backbone of Nationalist bombing operations along with the Heinkel He 111. It was then used successfully by Japanese during the Second Sino-Japanese War.

When Italy entered war in 1940, the BR.20 was the standard medium bomber of Regia Aeronautica (Italian Air Force) but it was already showing its age. By 1942, it was mostly used for maritime patrol and operational training for bomber crews.

More than 500 were produced before the end of the war.