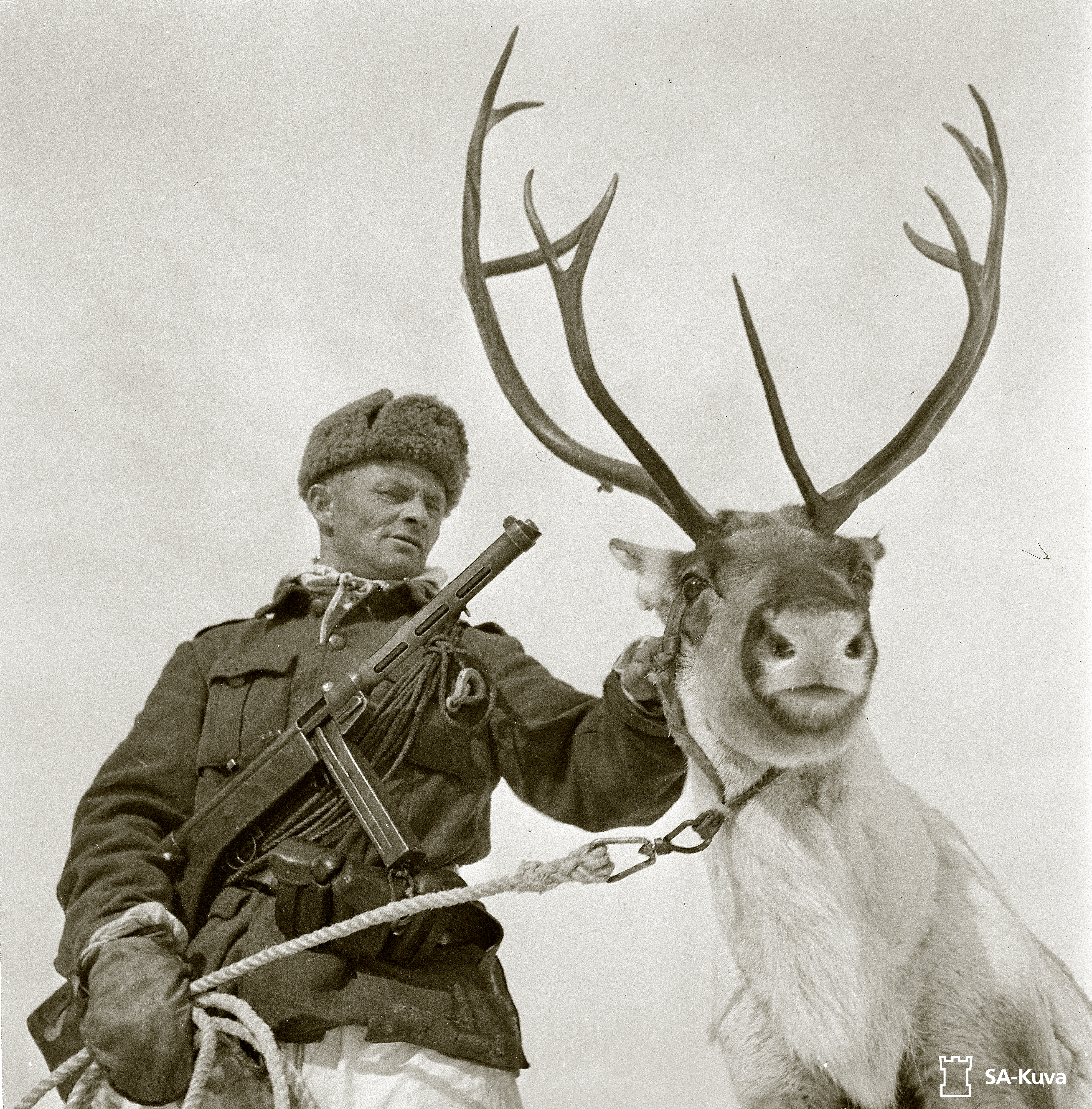 The Winter War also known as First Soviet-Finnish War was a war between the Soviet Union (USSR) and Finland. It began with a Soviet invasion of Finland on 30 November 1939, three months after the outbreak of World War II, and ended three and a half months later with the Moscow Peace Treaty on 13 March 1940. Despite superior military strength, especially in tanks and aircraft, the Soviet Union suffered severe losses and initially made little headway. The League of Nations deemed the attack illegal and expelled the Soviet Union from the organisation.

The Soviets made several demands, including that Finland cede substantial border territories in exchange for land elsewhere, claiming security reasons-primarily the protection of Leningrad, 32 km (20 mi) from the Finnish border. When Finland refused, the USSR invaded. Most sources conclude that the Soviet Union had intended to conquer all of Finland, and use the establishment of the puppet Finnish Communist government and the Molotov-Ribbentrop Pact's secret protocols as evidence of this, while other sources argue against the idea of the full Soviet conquest. Finland repelled Soviet attacks for more than two months and inflicted substantial losses on the invaders while temperatures ranged as low as -43 °C (-45.4 °F). The battles focused mainly on Taipale in Karelian Isthmus, on Kollaa in Ladoga Karelia and on the Raate Road in Kainuu, but there were also battles in Salla and Petsamo in Lapland. After the Soviet military reorganized and adopted different tactics, they renewed their offensive in February and overcame Finnish defences.

Hostilities ceased in March 1940 with the signing of the Moscow Peace Treaty, in which Finland ceded 11% of its territory to the Soviet Union. Soviet losses were heavy, and the country's international reputation suffered. Their gains exceeded their pre-war demands, and the USSR received substantial territories along Lake Ladoga and further north. Finland retained its sovereignty and enhanced its international reputation. The poor performance of the Red Army both encouraged German leader Adolf Hitler to believe that an attack on the Soviet Union would be successful and confirmed negative Western opinions of the Soviet military. After 15 months of Interim Peace, in June 1941, Nazi Germany commenced Operation Barbarossa, and the Continuation War between Finland and the USSR began.

Finland has one of the best historical photographic collections in the world so I recommend going and checking their website http://sa-kuva.fi/neo?tem=webneoeng