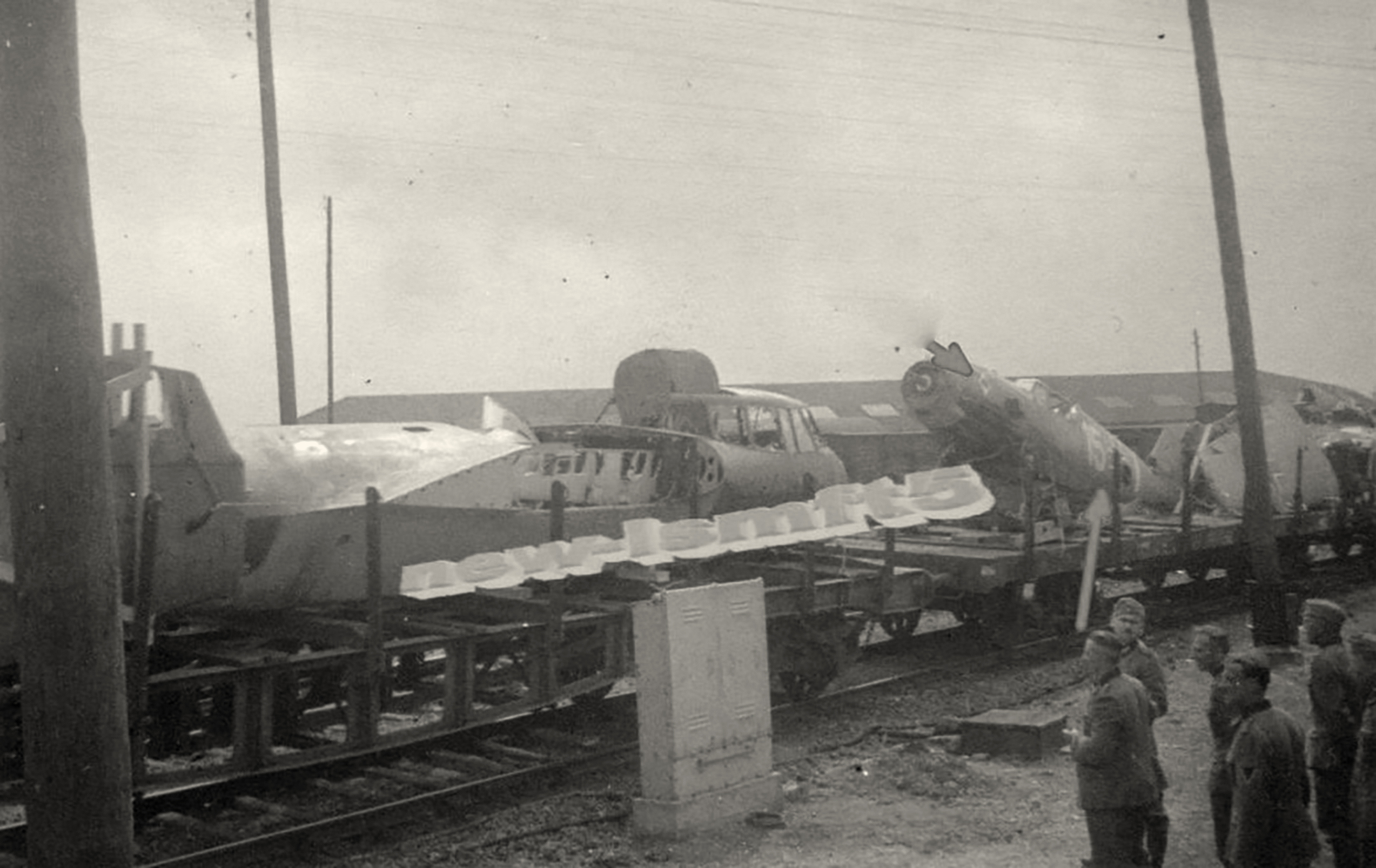 Dornier Do 17Z2 5.KG2 U5+GN after being salvaged being frieghted by rail viewed from the starboard side ebay 01

The Dornier Do 17, sometimes referred to as the Fliegender Bleistift or 'flying pencil' was a World War II German light bomber produced by Claudius Dornier's company, Dornier Flugzeugwerke. It was designed as a Schnellbomber or 'fast bomber', a light bomber which, in theory, would be so fast that it could outrun defending fighter aircraft.

When it was first designed in the early 1930s it was in a class of its own. It was highly manoeuvrable at low altitude, which made it ideal for flying below radar. Its sleek and thin airframe made it less of a profile and flying low and fast harder to hit.

When first used in Spain it was rather successful but as technology progressed its strengths became its weakness. Hence the development of the more powerful Do 215 and later Do 217.

Since its inception it was designed to be fast which came at the expense of defensive support which made it vulnerable to fighters and during the 'Battle of Britain' this became only to obvious.

The Luftwaffe then adopted its use to a multi purpose aircraft which enhanced its strengths such as reconnaissance, anti shipping and eventually as a night-fighter. The earlier Do 17 versions where used in various roles such as; trainers, glider tugs, weather and research platforms.

Series production of the Do 215 A-1 began in 1939. The order, intended for the Swedish Air Force, was stopped in August 1939 due to the political situation. The 18 extant aircraft were embargoed and pressed into Luftwaffe service upon the outbreak of World War II. Some modifications were made and the resulting aircraft were redesignated Do 215B. This was the standard production version. According to official figures 105 Do 215s were produced between 1939 and 1941 by Dornier in their factory at Oberpfaffenhofen.