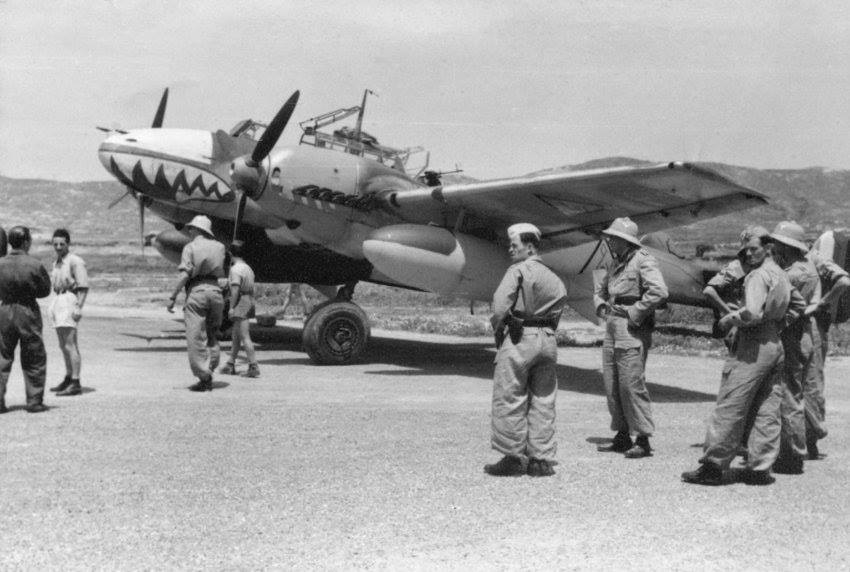 The Messerschmitt Bf 110, often (erroneously) called Me 110, was a twin-engine heavy fighter (Zerstorer - German for 'Destroyer' in the service of the Luftwaffe during World War II. Hermann Goring was a proponent of the Bf 110, and nicknamed it his Eisenseiten 'Ironsides'. Development work on an improved type, the Me 210 that was to replace the Bf 110, begun before the war started, but due to teething troubles, resulted in Bf 110 soldiering on until the end of the war in various roles, alongside its replacements, the Me 210 and the Me 410.

The Bf 110 served with success in the early campaigns, the Polish, Norwegian and Battle of France. The Bf 110's lack of agility in the air was its primary weakness. This flaw was exposed during the Battle of Britain, when some Bf 110 equipped units were withdrawn from the battle after very heavy losses and redeployed as night fighters, a role to which the aircraft was well suited. The Bf 110 enjoyed a successful period following the Battle of Britain as an air superiority fighter and strike aircraft in other theatres. During the Balkans Campaign, North African Campaign and the Eastern Front it rendered valuable ground support to the German Army as a potent fighter-bomber (Jagdbomber-Jabo). Later in the war, it was developed into a formidable night fighter, becoming the major night-fighting aircraft of the Luftwaffe. Most of the German night fighter aces flew the Bf 110 at some point during their combat careers, and the top night fighter ace of all times, Major Heinz-Wolfgang Schnaufer, flew it exclusively, and claimed 121 victories in 164 combat missions.

This webpage was updated 8th March 2021