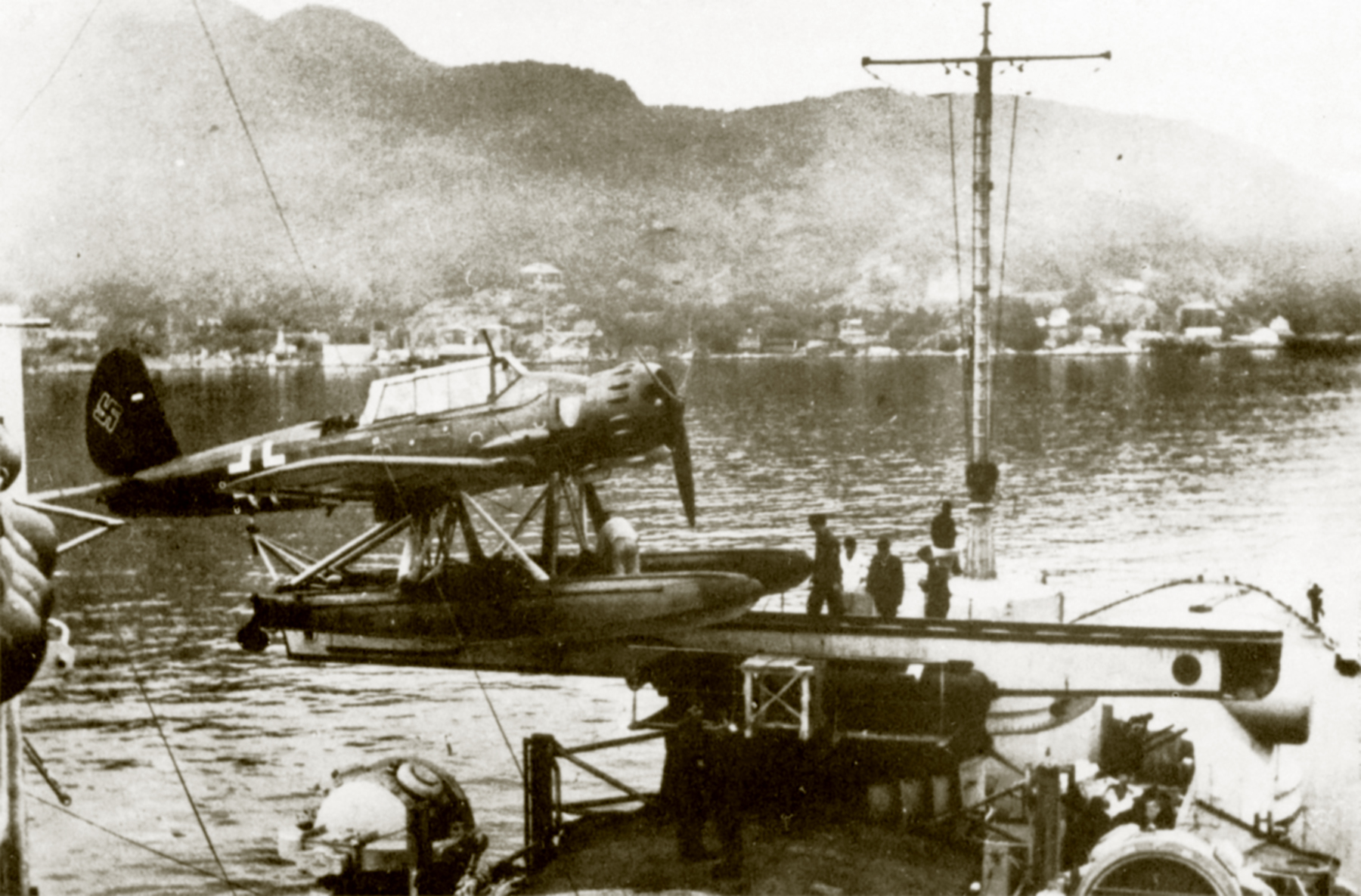 Arado Ar-196A being readied for a catapult launch 01

The airplane was loved by its pilots, who found that it handled well both in the air and on the water. With the loss of the German surface fleet, the A-1s were added to coastal squadrons and continued to fly reconnaissance missions and submarine hunts into late 1944. Two notable operations were the capture of HMS Seal, and the repeated interception of Royal Air Force Armstrong-Whitworth Whitley bombers. Although it was no match for a fighter, it was considerably better than its Allied counterparts, and generally considered the best of its class. Owing to its good handling on water, the Finnish Air Force utilized Ar 196 A-3s which were later upgraded to A-5s in mid-1944 for reconnaissance duties as well as supply runs, several troops could fit inside its fuselage. The Fins also fitted their Arados with extra bomb shackles to increase it's carrying load to up to four 100 kg bombs.